How Pan Con Tomate walked into my life. Olé! – Tales from the Refugi 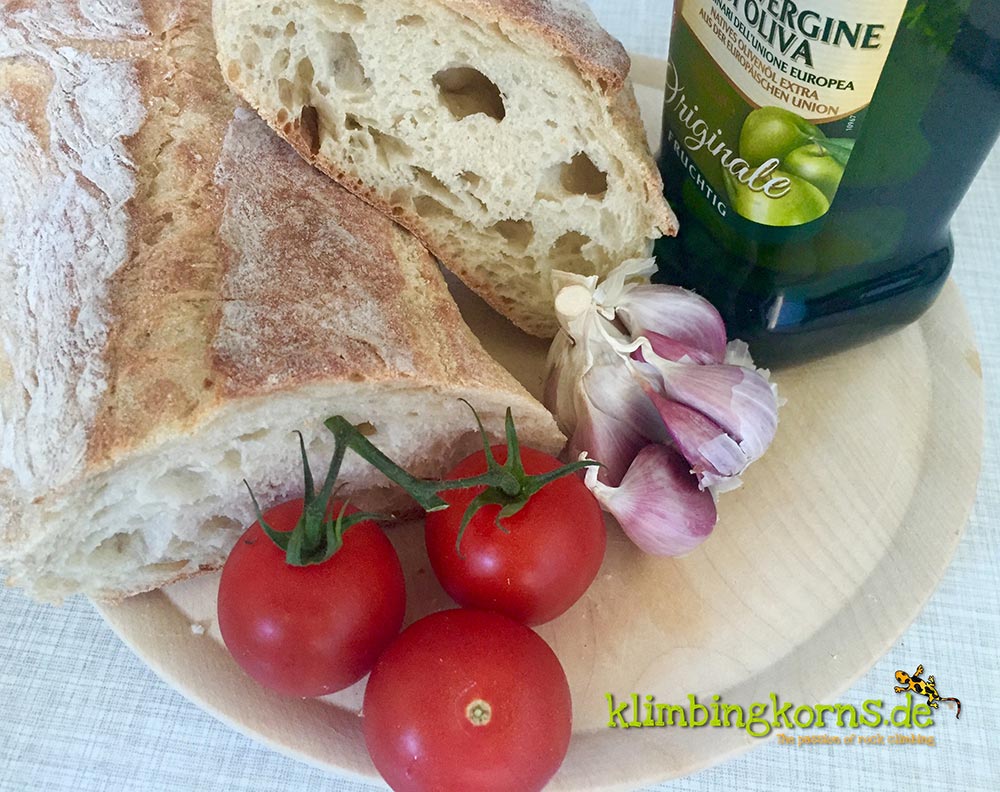 Pan con tomate literally translated means bread with tomato. However, the kick comes from the garlic which you rub on the toasted bread. This is the spanish version of the italian Bruscetta. Whenever I hear Pan con tomate, these memories comes alive …

I remembered sitting in Todi’s Refugi Coll de Merolla near Gombren in Spain waiting for dinner to be served. Todi was then the mountain guide of the area, he offered guided tours to the nearby mountain regions, climbing courses, he offered beds at the Refugi and camping at the site was possible. A few guys from New Zealand took the rooms upstairs, busy writing sms on their mobile phones hoping that the rain would stop. They had a nice kitchen to use for themselves, a dining table in the community room, electricity and showers. The Refugi had a rustic atmosphere,  built out of stone. The fireplace was lighted, warm and cosy, wind protected. 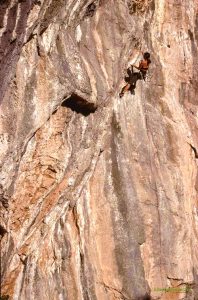 We were the only ones who were going to get cooked food from him – I was too lazy to do any cooking that night and the weather was wet, awful and cold outside – I was starving. Not good.The board read “Menú del Dia”.
Todi tried explaining to us what it was in spanish. We said ok, without really understanding a thing – he reassured us he was going to cook up a feast. He left for the kitchen, started the fire on his stove, whistling a merry tune. He was alone. The fire was big. The grill was laid, and I saw how 2 “pan” (white bread or baguette)  landed on them to get toasted.

5 mins passed…
Todi was busy on the opposite corner, when he suddenly realised something was very wrong.

They burn too quickly on fire…he swore and yelled something in spanish – he didn’t sound happy.  I saw 2 black flying pans to the bin , the kitchen was full of smoke. He took another 2 new ones out and placed them again on the fire. That was when he saw me watching him curiously from my table. I was ready to get the fire extinguisher and help out.

With a slight embarrassment, he looked at me, shrugged his shoulders and smiled, turned and started now to sing.

I was probably going to stay hungry this night. I wasn’t too sure if I was going to get any proper meal that night.  I continued copying the topos he kindly offered us before, and took a sip of that amazing glass of Rioja.

A few minutes later, he turned up at the table, looked at me eye to eye and asked

“Do you know how we spanish people eat our breads?”

I shook my head, not sure if he was going to slice a piece of me to garnish the bread.

He took that now nicely toasted bread, halved a piece of garlic and rubbed it vigorously on the bread. Then he halved a fresh tomato and rubbed this also on the same bread. After a dash of salt he handed me the toasted bread with his charcoal black fingers and said “try it!”

After convincing himself that he was still able to convince a lady, he left for the kitchen.

That evening, he served us a great 5 course meal, with soup, an undefined entrée, grilled lamb with potatoes. A fantastic Creme Catalan caramalized on the fireplace rounded the evening off. What a treat! All this for 8,- Euro per head! (Prices have changed since)

There are many reasons why I love Spain and the people there. This story is one of them.

That Rioja wine…so good…and those routes…which line goes where? hic..

It was hard to concentrate.

It’s easier if you have BBQ fire running, so you could prepare it easily. But if not, start-up a gas stove, and heat up a sandwich pan.(Beware if you have a non stick or a thin aluminium pan. They burn) In the meantime, slice the baguettes or white bread, pour a little olive oil on the flat side of the bread and put this on the pan.

Once the bread gets crisp and golden on that side, you can take them out and start rubbing first with the garlic, then the tomato.

It’s great to eat them just like that, or you could make a soup or a complete meal like any grilled meat to go with. Add salt to taste.

3 thoughts on “How Pan Con Tomate walked into my life. Olé! – Tales from the Refugi”