The season for climbing outdoors has more or less begun. Not that it has ever stopped over the winter for us. Snow was sufficient this season, but there were also many sunny days where climbing on a winter’s day made winter just a wee shorter…and yes how much we longed for spring to finally come. Hey, and before you know it, it’s here already. The weather forcasts are forecasting good spring weather for the next few weeks (at the least the temperatures are going to stay up) and our plans for climbing areas to check out on hits the lists. 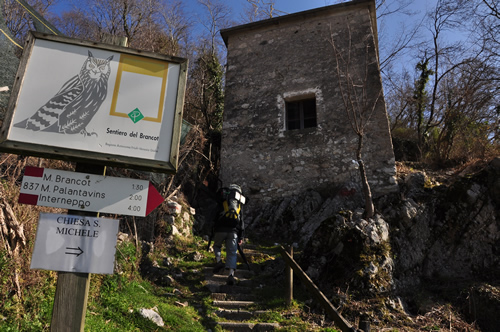 It isn’t too far off, just on the other side

Friaul, which is right on the easten side of Italy was our first further destination for an extended weekend. Villa Santina, which is situated just at the border of Austria is the “Lago di Garda” for those staying in Carinthia. If the weather was bad in Villach, you’d bet that it’s pretty sunny just over the moutains within an hours drive. We did not have this pleasure though, but we also made it to our destination some 4 hours later.

After a pleasent obligatory cappucino at Caffè Nuova in Villa Santina (which had the best caffe and hot chocolate variations) we set off to  finger the crags. Villa Nuova, within 15 mins walking distance rewarded us with routes ranging from 6c – 8b. The crag called for intact skin and fresh fingers as it’s sharp structured limestone leaves you howling after 4 routes on ledges, and yearning for a rest day. I was surprised, as this sector is not new but “refurbished”. The locals rebolted and put up new routes right and left of the crag making it possible for a come back. A perfect  crag  protected from winds and it’s sunny southern position makes it a solarium for the winter. Don’t forget your shorts when coming here. We started off with an athletic “Lorens D’Arabia” and finished the day with “Carribean Club” which was recommended by Franzi. Undoubtly a fantastic route with everything in it. Another sector further up – Falesia Alta offers about 10 multipitch routes. 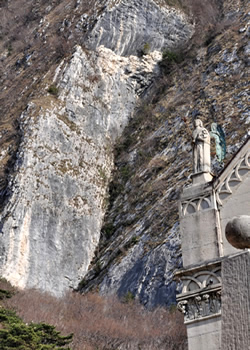 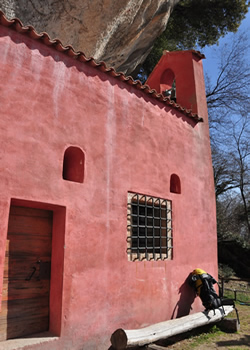 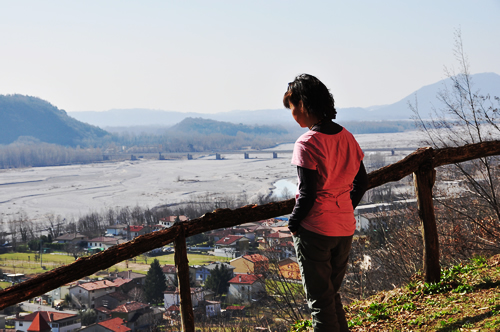 Lots to discover, too litle time

The next day brought us to Braulins. The area offers climbing in differant sectors, but mostly frequented at the chapel. It’s conglomarete and 30 long routes were imposing, so were the following sectors at the Panza di Buddha and Sector Grotta. Nevertheless as it was not frequented at all, most of the routes were full of creeping bushes, and the cave was seeping wet despite the long dry conditions. We did see that a clean up was already in progress, and new routes were popping up further left.

We took a turn at Gemona dei Friuli as this crag was rated with 3* in Ingo’s Guidebook and seemed to promise to be a good location. The sector lays 2 mins from the parking lot, but as always, we took the wrong curb and landed up on the otherside of the town, which extended our way for an extra 10 mins. Nevertheless, it’s always nice to mix culture with sports as you stroll through the streets towards the dome with your 15kg gear bag. Wow, the sector lays just right behind the dome, giving you an awesome view of the country with each time you reach the chain. Very compact limestone, polished, very windy (down jacket!) and the 6a felt more like a 6c with it’s little pinches. Nevertheless, the climbing area is furnished with steps for your comfort, and a fantastic view. The area is seperated in 2 sectors. The upper sector has easier routes that looked enjoyable in grades 4-5, perfectly bolted. 36 routes altogether from 4 – 8c. 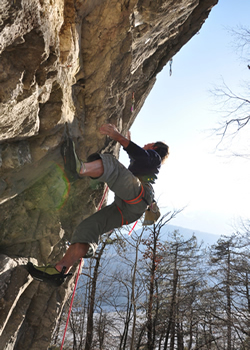 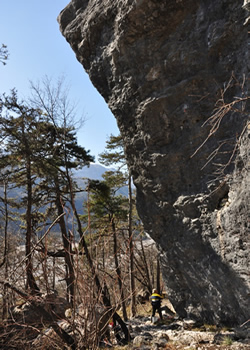 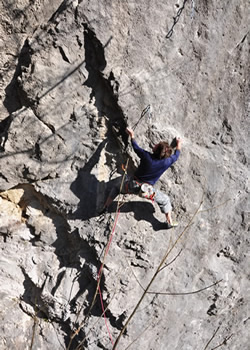 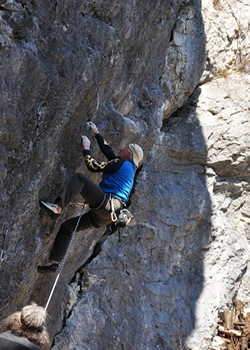 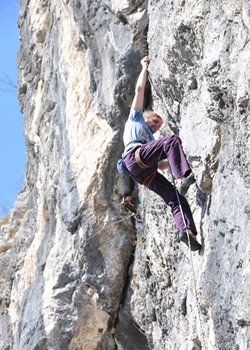 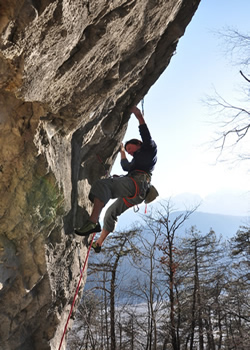 Can you name a crag the “Stoa”?

In the consequent days we paid a visit to the “Stoa” and Madrabau, both situated in Villa Santina. I must say, the routes were all fantastic (e.g. Cuore di Tenebra 7b+) but the hands were torn out and tired, the time insufficient to climb all the routes that were there on our 4th climbing day. But yes, we will come back again for sure! Not next year, but very soon. Thanks to Franz and Udo for being our durable climbing companions and for showing us around.

Friaul has developed quite a bit in the past years and offers definately enough areas to climb. Many of the sectors exists for many years,  and are rediscovered. The infrastructure is not that comfortable as that of Arco, but if you ask me, if you’re looking for a wild, original Italy where you really have to use your italien dictionary to communicate, with well bolted technical climbs on slightly overhanging limestone and conglomarate, try coming here.

On rest days, take out your gourmet book and taste the food from the region. Friaul is famous not only for it’s San Daniel parma, but also it’s glorious wine and cuisine. Don’t stay just for pasta and pizza, try the rest!

Some information of the area 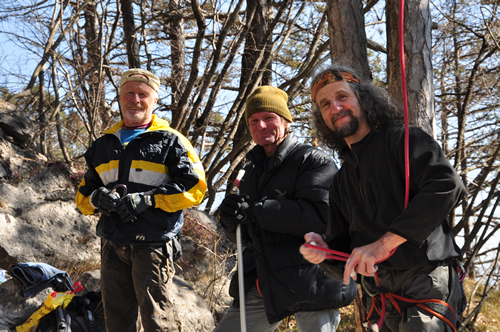 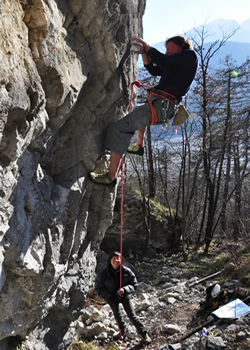 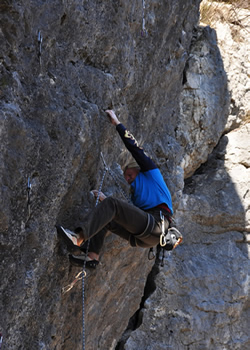