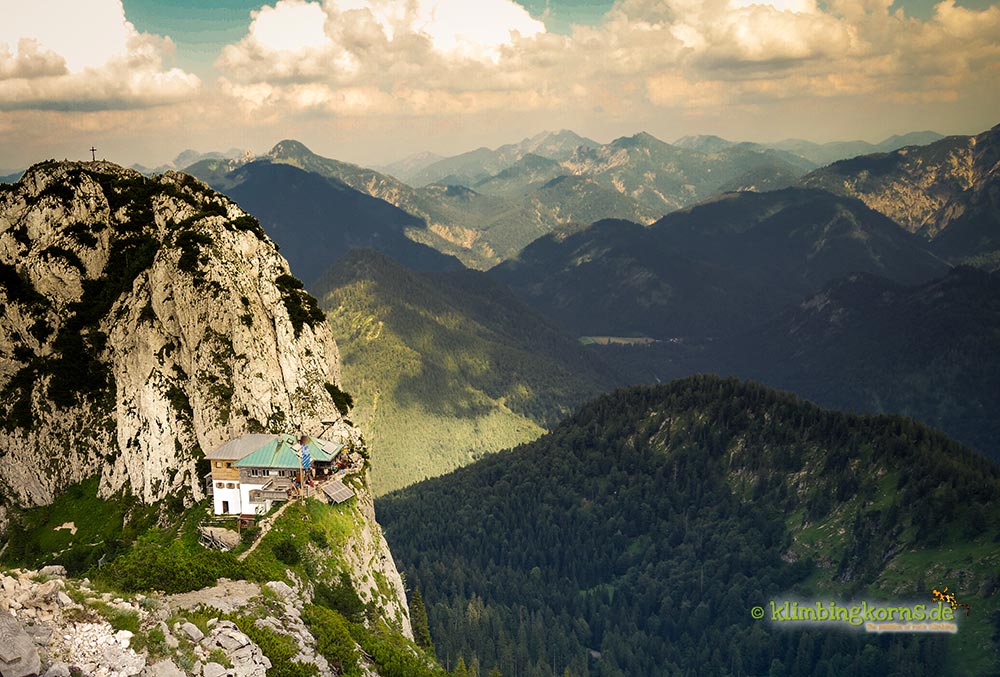 It has been blogged at least 1001 times. So this is review #1002 on a classical hike you can’t miss once you are in the vicinity of the Tegernsee Lake. The Tegernseer Hütte is built up on a saddel between the Roßstein and the Buchstein summits with a spectacular view.

Anyone gamed for a hike today?

Nope, no luck. So I went alone. Boom, boom, boom, my heart was pulsing so hard, I was sure you could have heard it too. My tshirt was drenched after 15 minutes ascending the steep way up to the Roß- and Buchstein summit. No technical shirt could’ve saved me. The way was steep, stoney, roots pathed all the way up the hill. The wind stood still. I checked my sunnto, it reported 30°C back to me. The last weather forecast from the car radio still echoed in my head. The heat wave starts tomorrow! Not today! But it felt like tomorrow already. Sweat oozed from every single pore of my body. This was better than sitting in a finnish sauna. After countless of serpentines, and shadow hopping from tree to tree, I finally reached the sign that pointed me the way to the Sonnberg Alm. Buttermilk, Homemade cakes and Cheese made me stood there a moment longer as I hesitate to make a decision to stay. It looked inviting, but my watch told me I had to move on. The sign says another 45 mins till the Tegernseer Hütte which was my highest goal for the day. 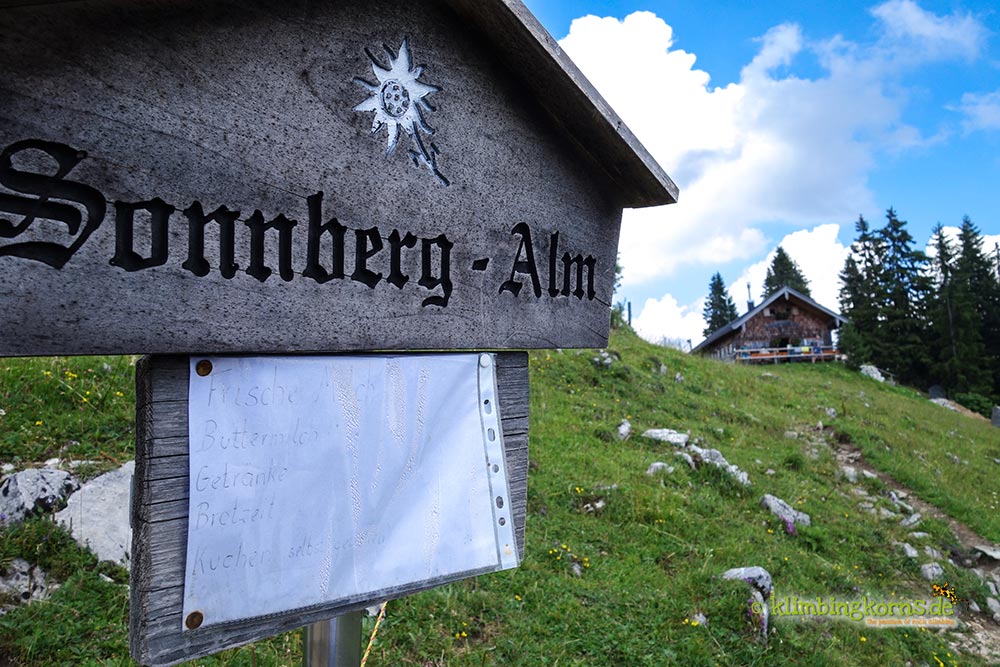 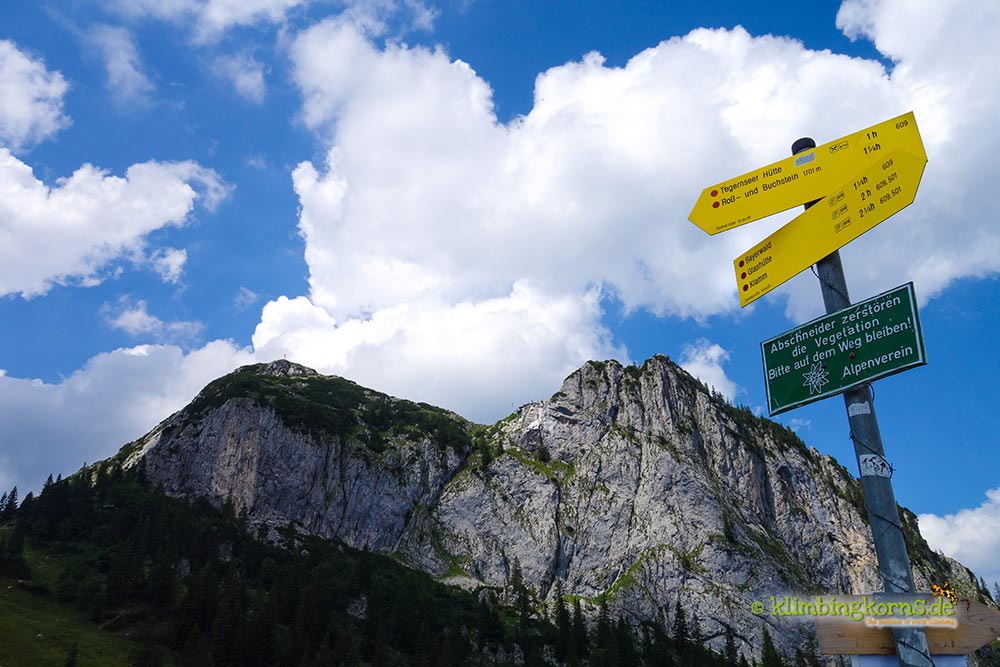 Oh?! That was the Via-Ferrata?

At the foot of the Roßstein summit, I made my first rest. I was famish. So glad I had a sandwich to attack . Just as I had the last bite, a group of boys decided to do the same before they started on the short Via-Ferrata that would bring us all to the Alpine hut. That was when they capped the first bottle of beer out of their packs…. I couldn’t believe this! Where was my share!?? Distressed, I decided to head on first before I stole the beer off their hands.

The Via-Ferrata was easy. Nothing very exciting. It was actually more of a path that’s secured with iron cords. There was only one part that could be the crux. But even then, all instances were secured for the faint of heart. And then, much to my disbelief, my phone rang. And even more to my disbelief, I answered the call right in the middle of all this. It was a trunk call. No I can’t miss this call. It was important. And while I was still chatting merrily in the middle of the way, height phobia forgotten, it must’ve been dozens of others who passed by. (And yes, I was intelligent enough to stand away so as not to block anyone) That was when Girgl (aka “Georgio Armani!) came by and we became instant friends, as he invited me to get to the summit together. I followed. Minutes later, we exchanged our “Bergheil“** greetings as we reached the summit. It was a beautiful day. Views to Guffert, Blauberge, Hirschberg were magnificent. The sun shone and we had the summit to ourselves.  It was then I learned who Girgl was. 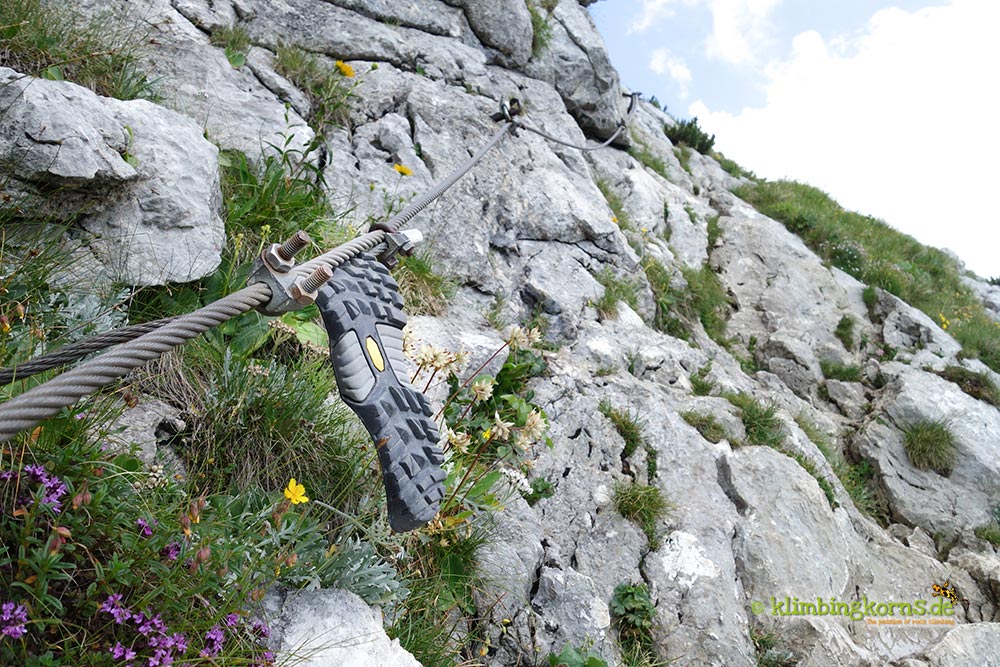 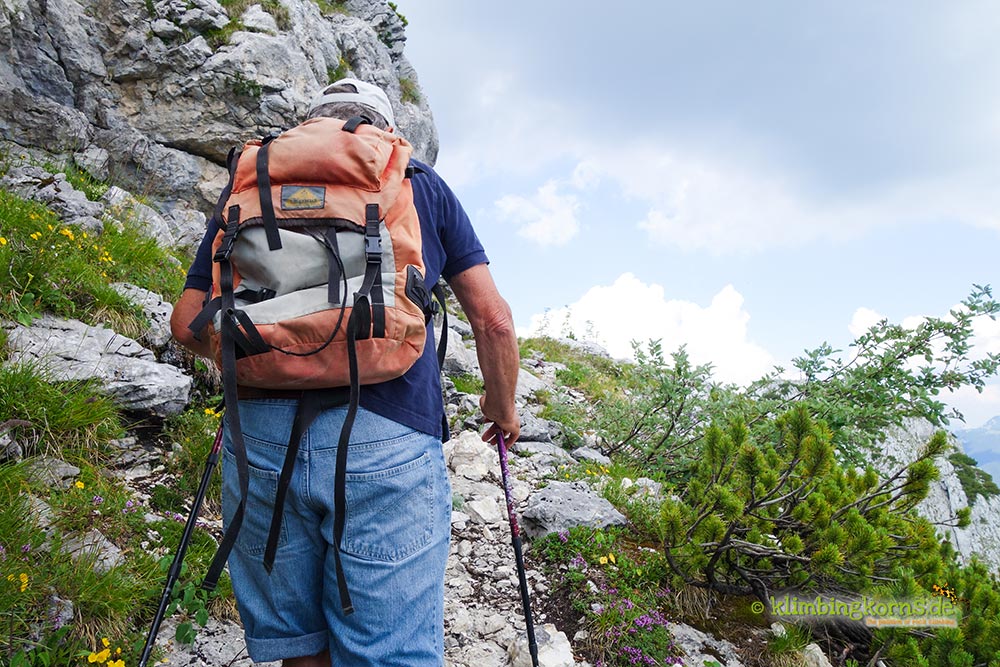 Girgl aka Georgio Armani ;-) and the backpack that have seen decades of mountains 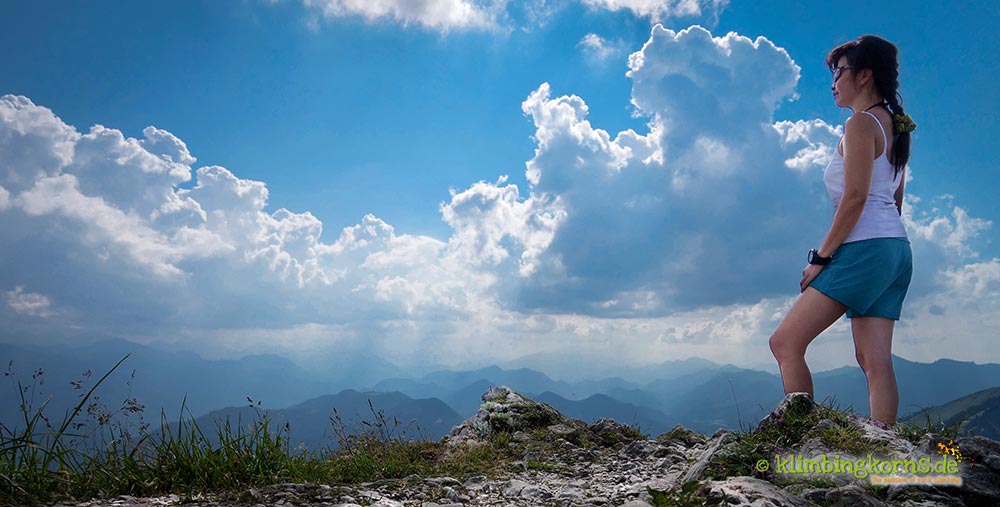 The way to the Tegernseer Hütte from there was just in 5 minutes. This alpine refuge gets about 12.000 visits each year , so says the host Michi Ludwig. (Source:  Tegernseer Stimme) Girgl and his team were responsible for  the extended renovation of the alpine refuge from 2005. He was most proud of the modern ecological waterless lavatories they built. Indeed a master piece, this indoor outhouse. Lavatories with a view. I had to gulp down a whole Tegernseer Dunkles beer, so that I could test these lavatories properly. The entire hut operates ecologically from solar power and collected rain water. The food there was great. The schnitzel came with fresh salad and cranberries. Oh, I ordered the kids portion and found it hard to finish everything off my plate! The Kässpatzle and Kaiserschmarrn looked absolutely tempting but my tummy was full. There was not a space for a crumb more. Prost! The beer to a fantastic view together with the whole Lodge Team at the table tasted awesome. 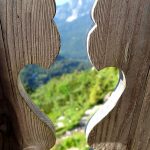 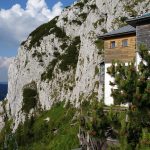 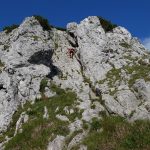 I initially planned to take the Buchstein summit along and the round trial that would go over the Buchstein Hütte, passing by the impressive massive: the Leonhardstein. However, I enjoyed the marvelous view at the Tegernseer Hütte a wee bit too long. No way, after the hearty meal and beer. And so, I descended the same way I came up and reached the parking lot after saying my good byes to a few new friends.

**Bergheil: Is a greeting when you reach the summit successfully between mountaineers. Typical for the region in Bavaria but not often heard anymore today from the younger generation of hikers. 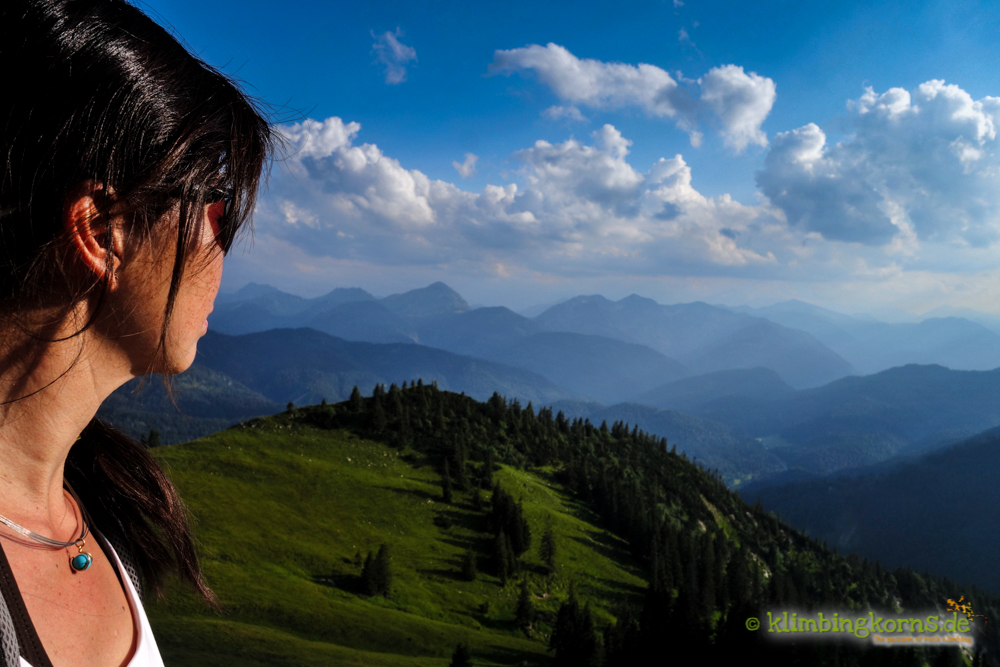 Data for the Tegernseer Hütte 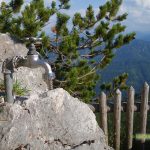 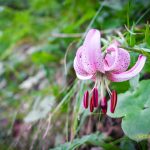 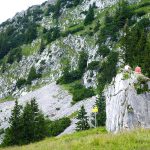 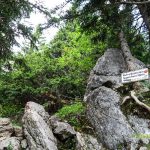 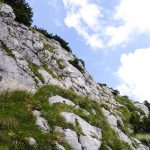 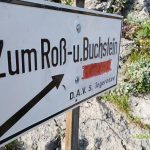 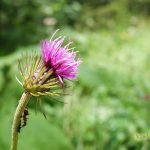 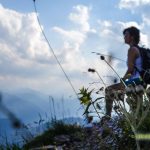