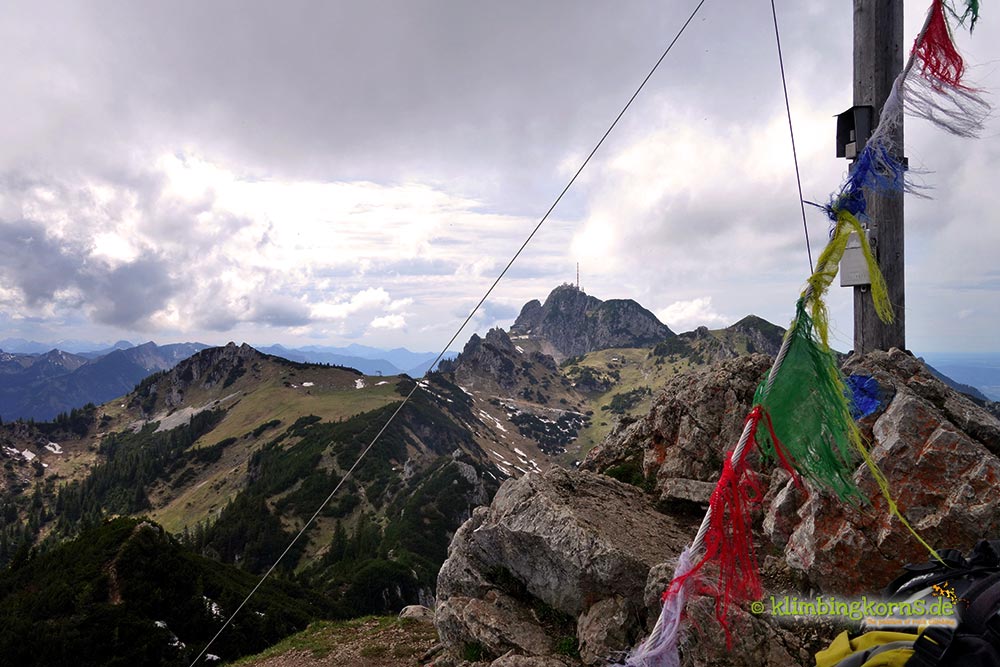 If you are a local to the Bavarian Alps, the Wendelstein would’ve been perhaps one of the first summits you made, and then ignored forever. Even though there are many not so interesting points that goes along with this mountain, it is one of the higher mountains in the Bayrischzell region, to ski, to hike and to use when you locate summits while you’re trying to name them all.

I’ve lost count with all the times I have summit the Wendelstein. So unattractive as it seems, this has been one of the mountains I have summit whenever I ran out of ideas. The first time it was introduced to me while I was on skis. Have you skied there before? No? If you did, you will also know that the first drop after the cable car ride is a steep black pist ride. And it was my first time on skis! So imagined the fright I had when I left the cable car and plopped into the snow. My heart dropped right into the valley. That was a quarter of a century ago. Since then, I came back again and again, whenever I had no idea where to go to for a hike on a late start of the day and ended up in winter, in spring, in autumn on this mountain. So it seems to be not so unattractive after all.

The Wendelstein is 1838m high, and a cable car brings everyone up there. So that says it all. Full stop. Every hiker would stop reading right here. No one would want to hike a summit where cable cars are going to. It takes the magic out of the challenge, and you know that you’ll be sharing your summit with tourists with hot pants, high heels and tight skirts. But then again, there was something to this mountain that I could not resist. It was steep, it meant sweating out, and it gave you one of the best (and safest) rides in backcountry ski and a hike if you’re desperate of a steep summit away from the next tourist areas in the Tegernsee Lake. A shame that back country ski has limited access today. And a shame that on sunny, beautiful weekends, the roar of the motorbikes can’t be missed. 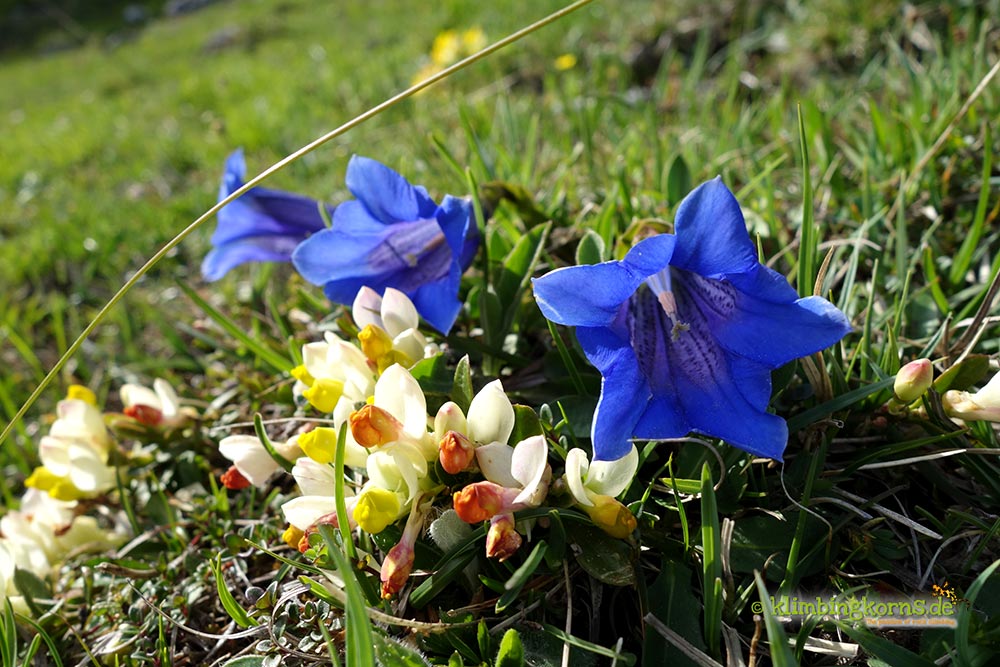 Then lately, I took a look at this mountain from a different point of view. This was a tour that crossed the Wendelstein summit and passes by 3 other smaller summits along the way. We started off at the parking lot where all local (motor-)bikers gather together on a sunny weekend to show off their best, shiniest, harleys and started off, passing by the international youth hostel to your right. It took you up a small forest leading you to through a small Alm that still maintains the taste and architecture during the times of Hitler. Reaching the first junction, take the marked path that leads to Wendelstein. The last 400 altitude meters to the summit is often crowded in the weekends, and often covered with just a cloud on the summit. After a rest and a delightful flapjacks snack which I made recently, we continued on the descend through the northern side, the side that I once saw after exiting the cable car with my skis! (Take precaution when there is still snow on the path. Slipping off on this steep piece of ice won’t kill you but hurt bad) Steps takes you right down to a junction where you stay right and the first left to get to the Larcherspitz (1724 m). A number of ascend and descends brings you to the Wildalpjoch (1720 m) where we made our extended rest, and with the last at the Käserwand (1680 m).

The way back was not very spectacular, however with lovely views to the Kaiser at the left. You reach a tarred road at some point and continue down until a bigger junction where you get back on the same track you took while ascending.

A rewarding rest at a summit far quieter than that of the Wendelstein, this tour proves a nice round that brings you back to the parking lot, to your car.

To download the Tour, choose either from KML or GPX on the drop down. 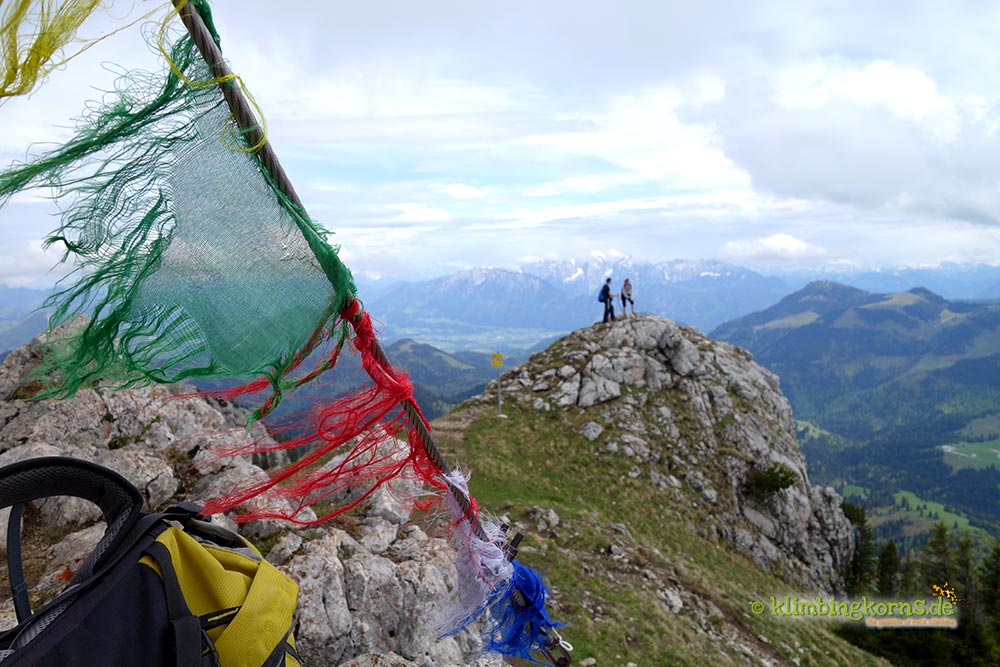 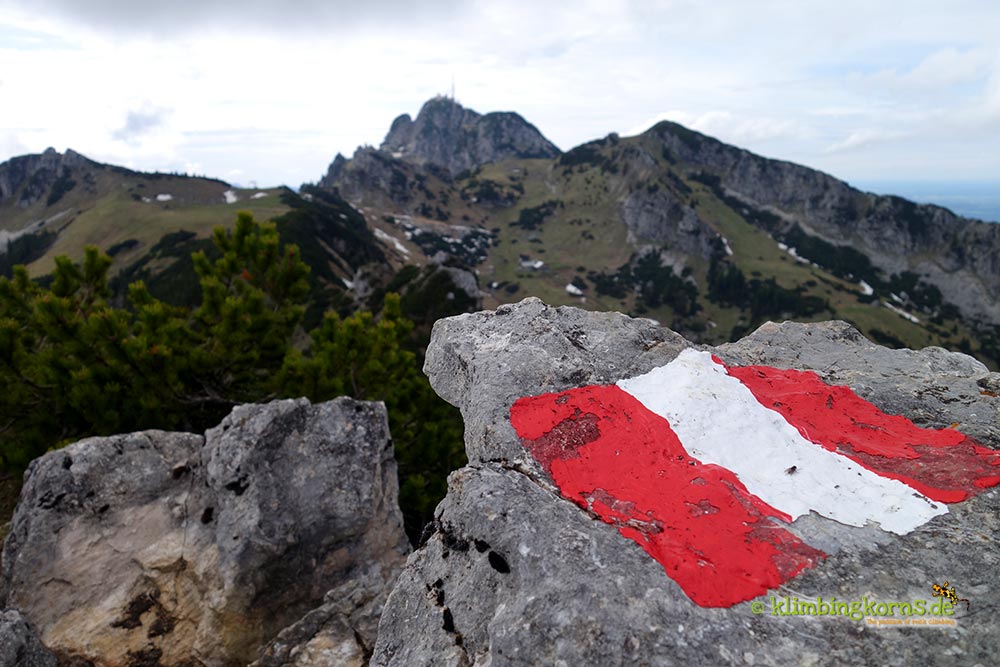