One of those days in Osttirol 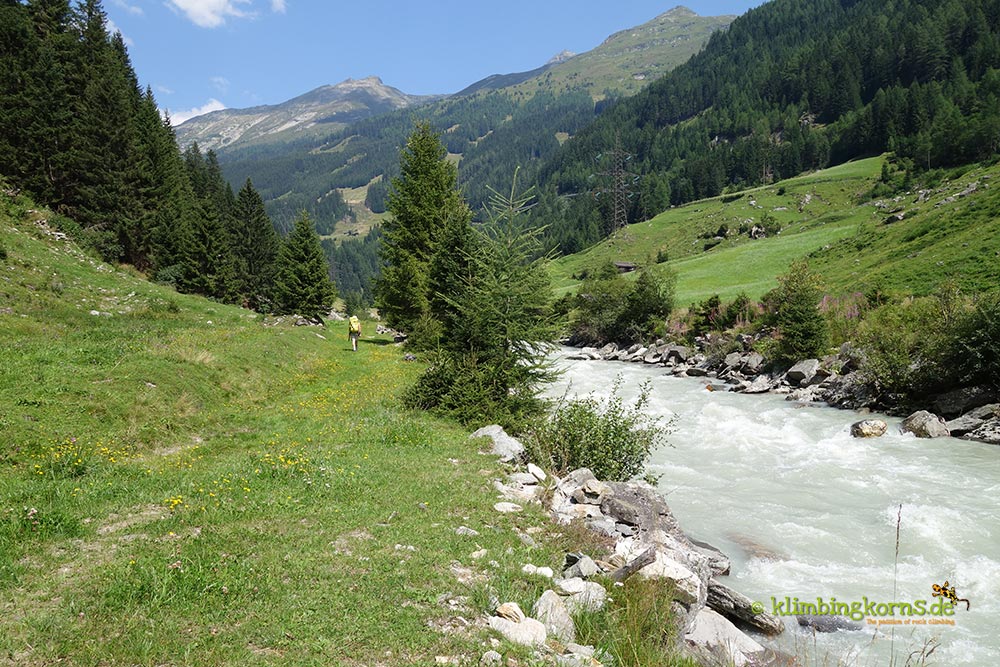 Osttirol, “ein Augenweide” not only for the soul

“Cross the bridge, pass by the cows and ascend in 10 mins to the visible crag.”

And we did just that, just to find ourselves in the midst of a field of  thorny, raspberry bushes. Not a bad thing when they were all full of fruits, ripe and shouting out “eat me”!  But not good when the chest high bushes cuts you off from the shining bolts and the only way is to go through them – in shorts.

Until today, I thought there was nothing worse than finding a crag under a whole field of nettle bushes. But. Raspberry bushes are far off worse. Ouch!

After this ordeal there were hundreds of little invisible thorns pricked in your legs. It felt a little like an acupuncture session at the wrong time, wrong place. 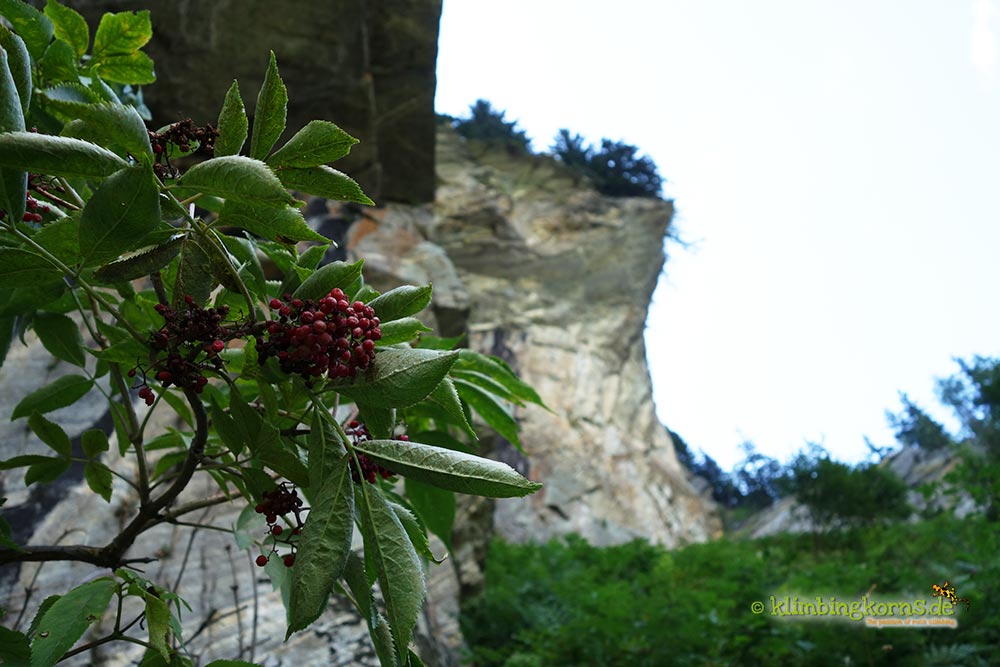 See those greenies on the right? They are chest high, prickly and full of thorns with ripe raspberries!

Putting the complains aside, the beauty of the routes at “Weißer Narr”  covered the pain and itch. Any other person would’ve turned back and driven to another place. Its a small area. Not much traffic here, not many routes. But whats there is a jewel.

I’ve not climbed a more beautiful Gneis route than the newly bolted “Sensenmann” in my life. The wall is cool, shady, breezy and perfectly bolted. The summer spot with views to your favourite 4 legged milk producer and Bretterwaldspitze on the other side. “Hosnfetza” a 6c+ with a notorius crux in the middle  and “How can we climb… when your arms are burning” just a 7b  or the new “Tauerntal Connection” and a few more awaits being picked up upon our return. 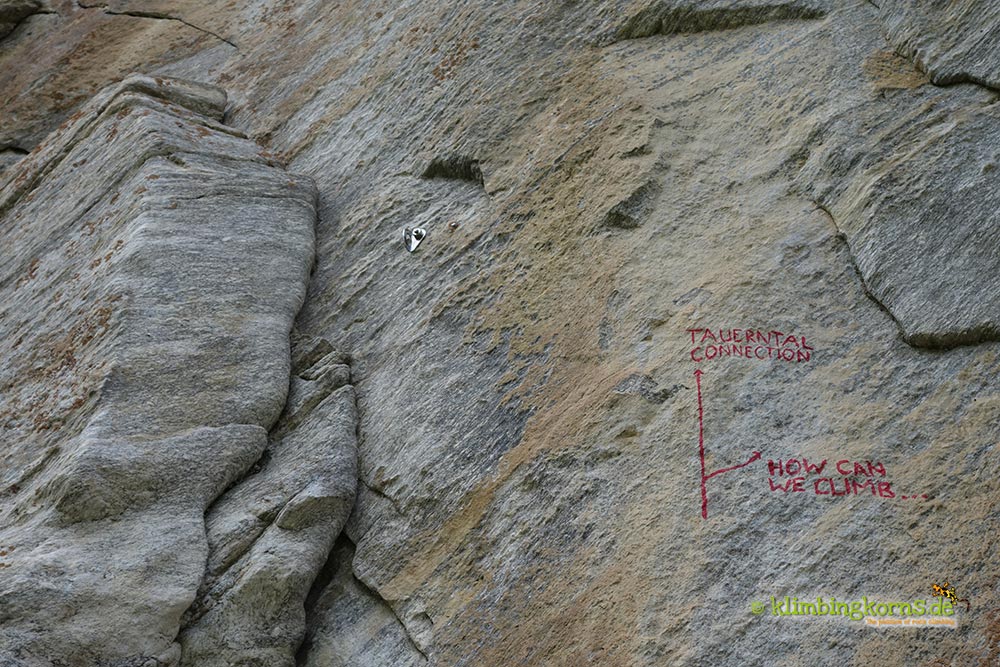 Not only is Osttirol famed for it’s areas around the “Dolomiten Hütte” or for it’s fantastic walls in the “Großer und Kleiner Falkenstein“. Herbert Ranggetiner, a down-to earth austrian extreme climber, is very much at home here and has bolted together with a few others  many routes in the area.

Many. Lovely. Routes. Enough to last you a long, long time.

It’s a little quieter than the usual trendy areas. Yet it is definately worth a visit especially in the cooler days of the year, when sizzling in the sun is comfortable.

What else is nearby? See for yourself: 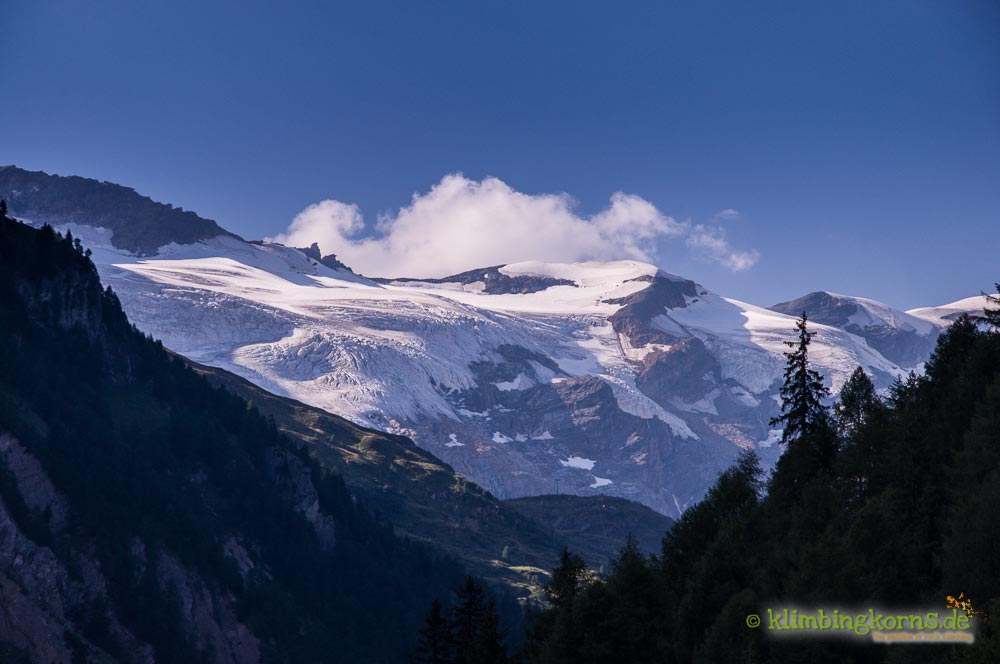 Part of the Großvenediger glacier, and whats left. 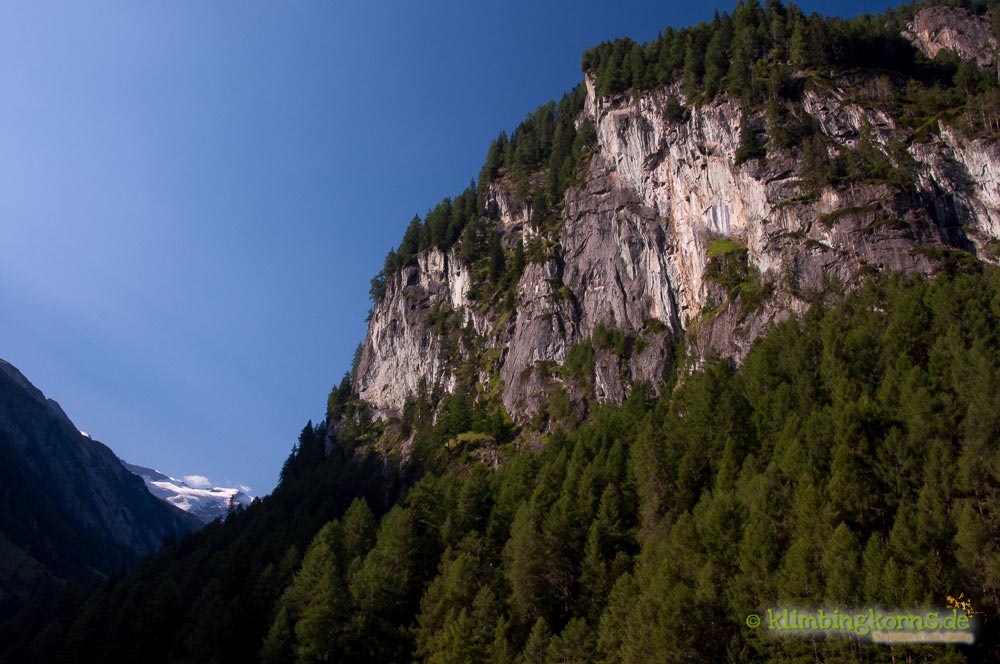 Work in progress, and alpine 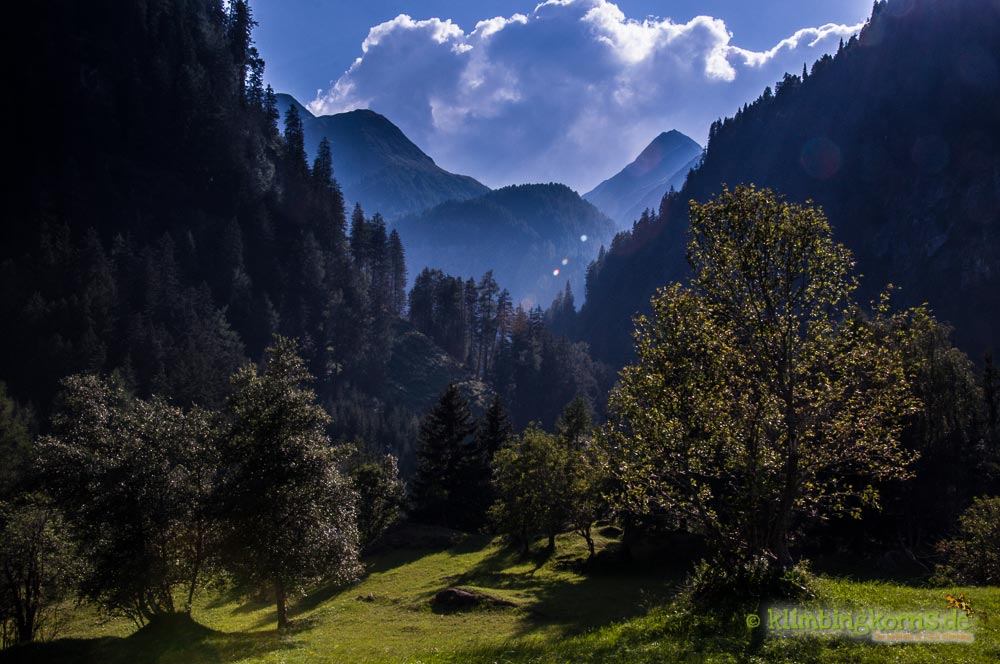 Is this possibly Eden? Probably not, but it felt like it 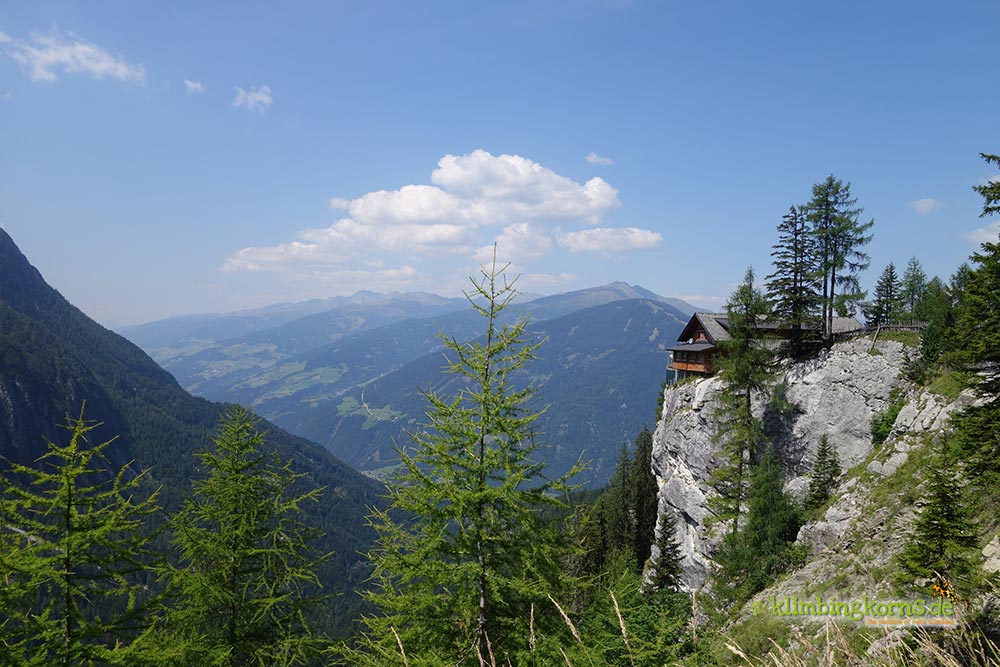 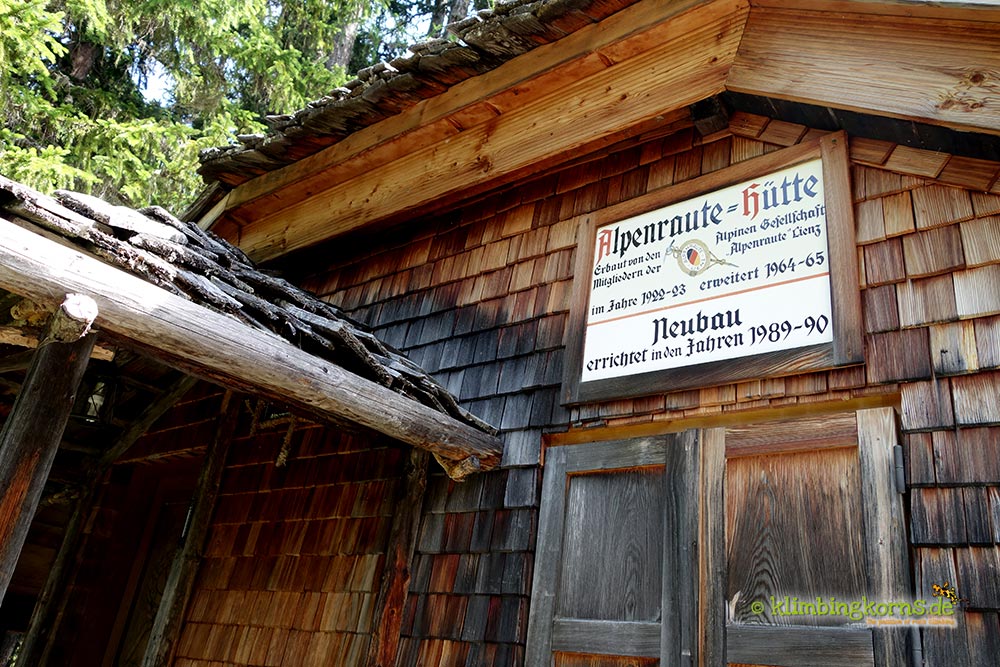 The Alpenraute Hütte. I would move in here immediately! 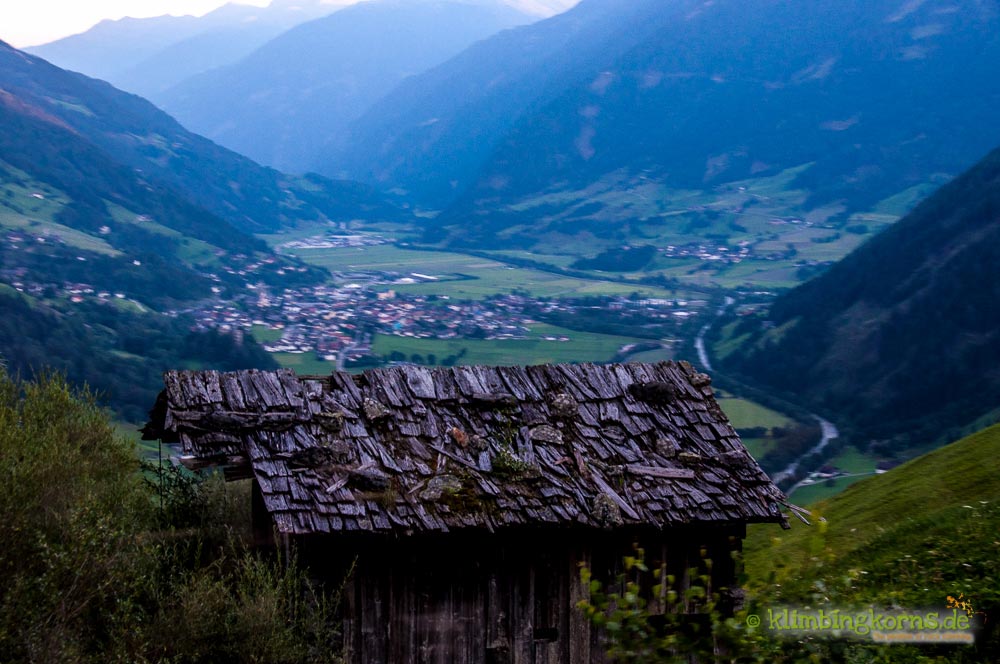 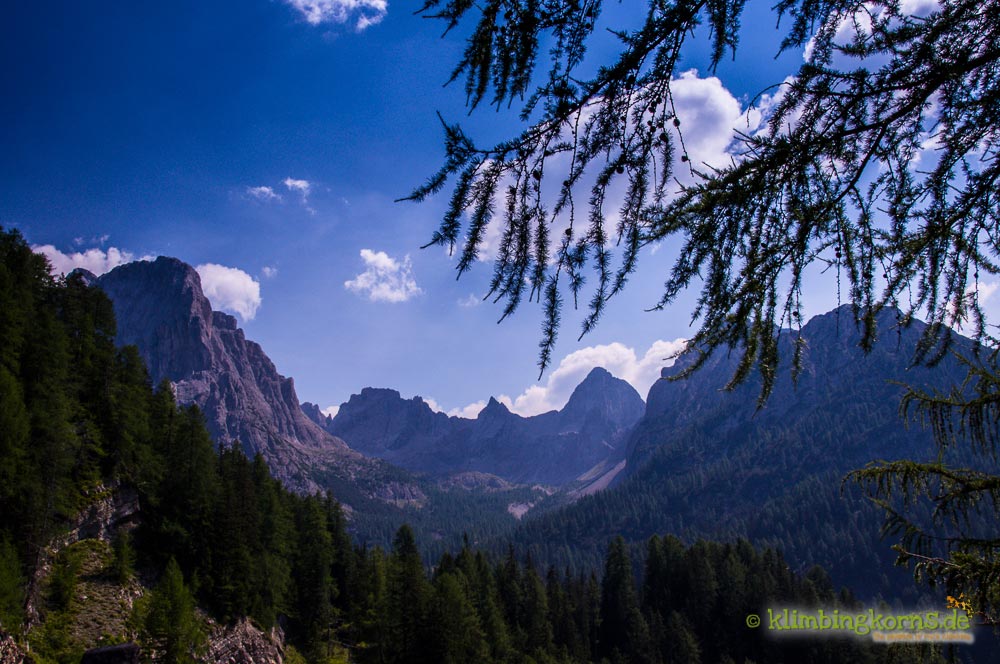 Views from the Dolomiten Hütte. To the right, the high towers of the Roter Turm. 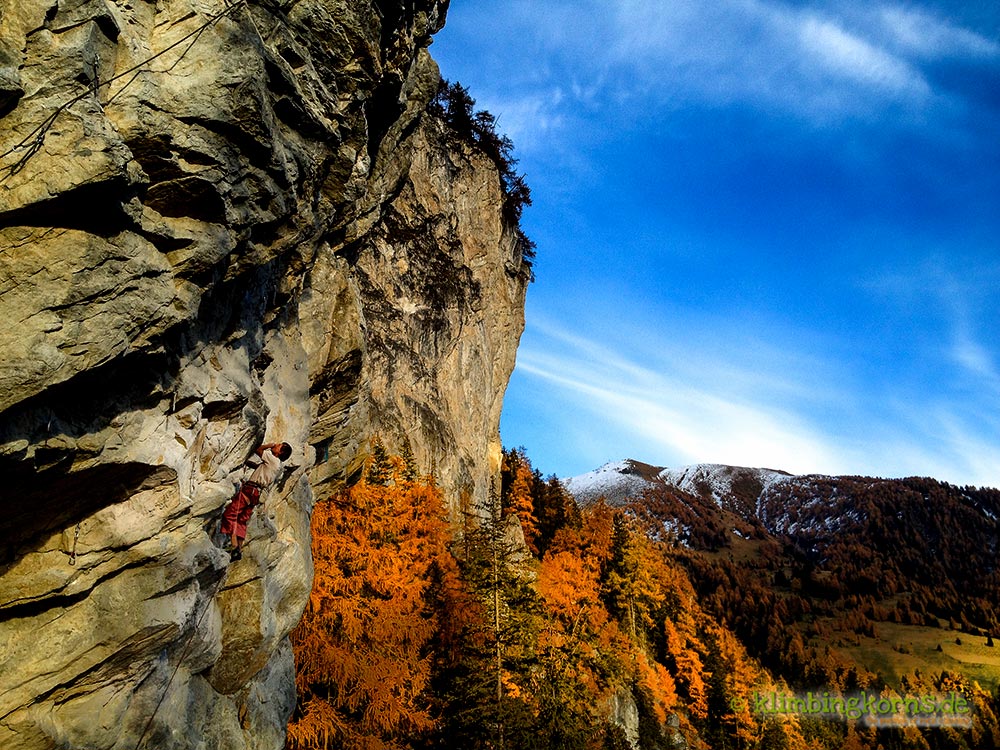 Autumn, dry, sunny Winter – and recently discovered in summer too!

There’s quite a few camp grounds in the area:

There’s also plenty of Rental apartments in the area. If you’re looking for an exclusive accommodation in a luxury ambient, the well visited Dolomiten Hütte might be something for you.

If you cant find the crag, have a beer and chill … #osttirol #

70 m Rope, 14 Quickdraws for Sportsclimbing. To climb 2 pitches in a route, 80m would be the better bet. But these climbs are officially 2 pitches where you can abseil at the anchor halfway down.

Interspar /M-Preis in Matrei, and some smaller markets in town 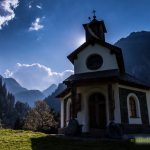 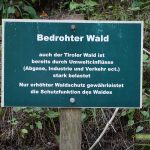 A Forest in danger… or dangerous forests 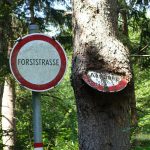 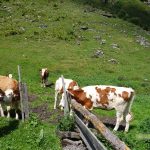 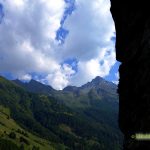 All alone with this view for myself 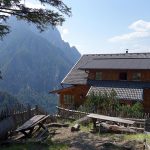 The view is much better on the other side of the hut, but we had the little summit for ourselves. 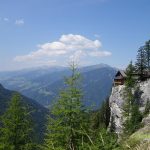