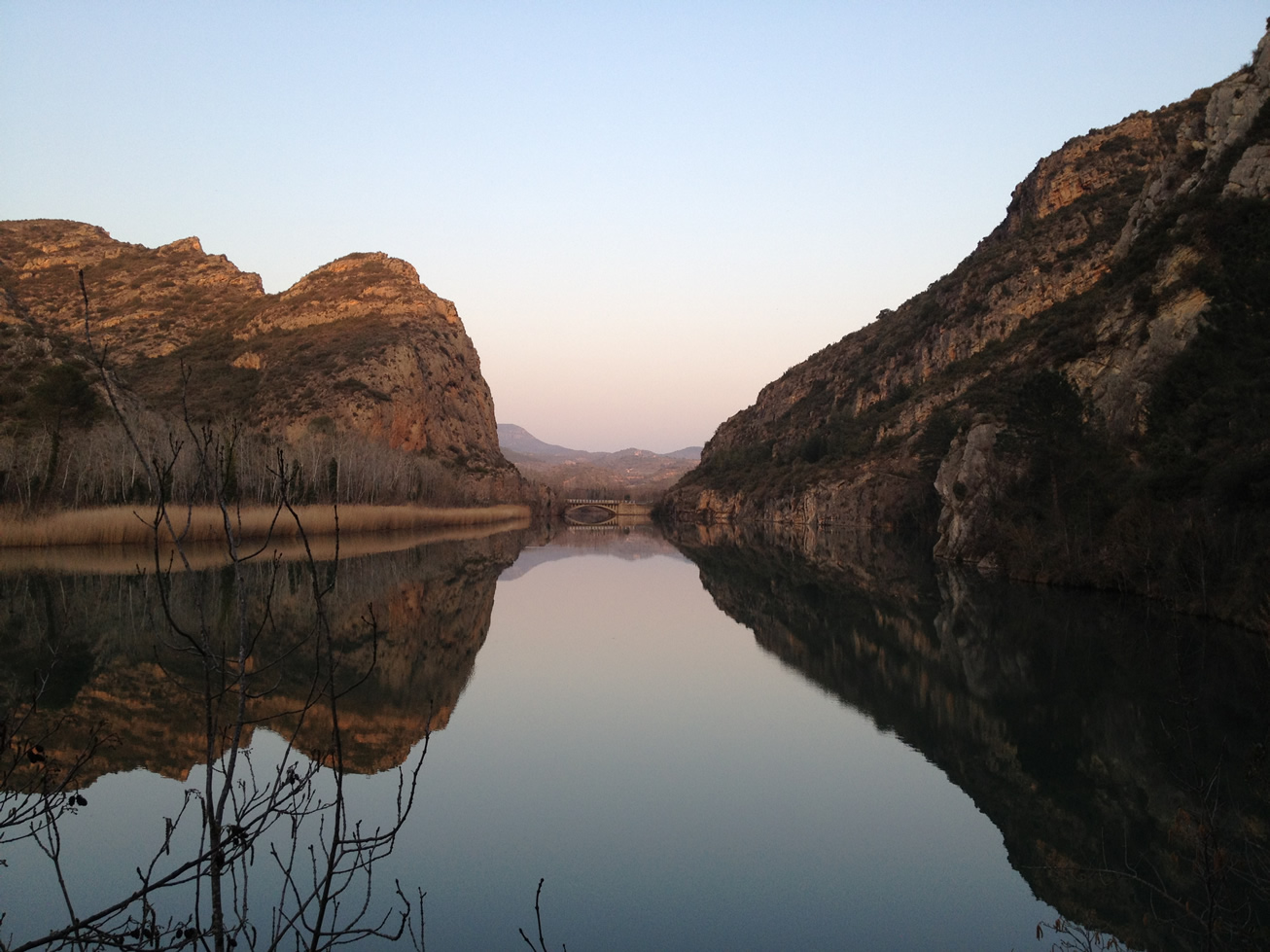 And so the rain brought us to Lleida.2 days of heavy rain that came with some smaller landslides & lots of wet crags. Climbing in Lleida looked promising in the newly attained guidebook. Our plan to climb in Santa Linya perished as we found the cave in a dripping state. But the guide book LLeida climbs promised us more crags that are promising, even in such a situation. Read on for the second part of the story to our Roadtrip to Margalef, a little belated, but not forgotten..

Back in the country, for climbing in Lleida after a decade

With still a drizzle left over from the thunderstorm we had the day before, we made our way to Disbilia in St. Llorenc de Montgai as our choice for the first day climbing out. 2 caves, sheltered from the rain, overhanging routes from 7a – 8b+. It seemed to be perfect for such a weather as the cave was then filled with all climbers of the area that sought refuge from the rain. The easier routes where wet, the drier ones were then occupied. We then decided on an attempt climbing in Montse la Traviesa, 7c. It was very athletic, with the crux waiting at the last 3 bolts. Fun and pumpy and it left us drained and gasping soon for another rest day.
We gathered that the crags would’ve dried up quickly and would not seep after the heavy rainfalls and set off to Santa Linya with hopes of warming up in Sector Futbolin and then some pumping out in the main cave of Santa Linya. To our dismay, many routes were wet and it did not motivate us to unpack our gear out of the bag. All it needed was a few more hours to dry up. But we didn’t wait and moved on to the cave a few km away. The newly paved road made the access to the main cave in Santa Linya an absolute easy venue to reach and park. The Cova Gran is accessible some 5 Min’s away from the car park, laying below the town some 1.8km away. This site is actually shared by both the climbers and the archaeologists. That means, if these guys are working on the site, you can’t climb there. Officially, you would need to register yourself before you get on the site to get a “permit”. But then again, it was winter, it was the weekend and no one was around (..no wonder…) As we arrived, we were flabbergasted with the amount of water that came dripping down in the whole cave! It was impossible to find a dry route, let alone stand in the cave without having water dripping on your head. The sun was shining bright and it was now the early afternoon, and yet we have not found a place we could lay our fingers on. Again, we left disappointed and hoped for better luck with the next attempt. We were not impressed how the archaeologist worked at the site, blocked with fences at the belay points. It can so ruin a wonderful atmosphere.

In search of the perfect crag ..

We made an further attempt at Tartaneu, offering shorter routes in overhangs and ledges. It’s eastern orientation could possibly mean it could be dry. And yes it was! We scanned the area, I found even a route I would’ve started on. And then came a light breeze, I realised the sun rays would last for another 10 minutes when the motivation suddenly dropped. We then decided that this would be a better place to climb in the summer, and not at 9°c and an upcoming dreadful toothache. A final attempt at Os de Balaguer was finally successful. Sectors Flight to Africa and Sostre Vilars were absolutely dry. It was also burning hot. For a moment, we thought this could be a replica of Prunn, but changed our minds after trying out a few routes. The rock is a mixture of sandstone and limestone, offers a fantastic grip while climbing on compact limestone holes, ledges and slopers on technical and fingery routes. Most of the routes are all newly bolted and above 28m long. They were awesome, so was my toothache. The north sector with lies just opposite of the gorge is a good retreat for the summer.

Phew! The day was saved! 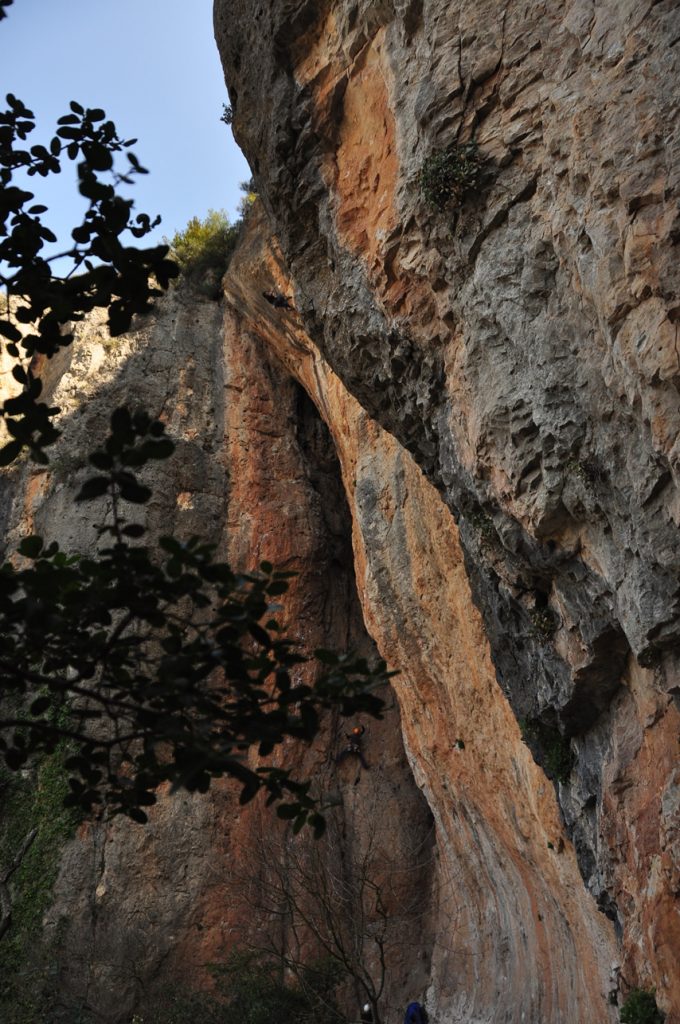 We spent the following days with much less complications in Camarasa and Santa Anna. Camarasa was really great on hot days. The sector lays in between higher mountains with always a light breeze and awesome 5 star routes in the sector La Selva. The 20 minute hike (with fixed ropes) up the hill will not disappoint you. The routes in the 6th grades are all so awesome, we did them all. We finally got on into a 35m 7b+ route we thought was easily a grade harder than it was. This area is definately a favourite during warmer days, and it will not be a twosome experience in the weekends. We found quite a number of new routes along the way which was not in the guide book. They looked promising and marked them for our next visit. 70m rope is definately a must!

We took on then to Santa Ana, after reading the motivation between the lines, it had to be good. Santa Ana lies a few hundred metres beyond the western borders of Lleida, to be exact, in the neighbouring Aragon. It took us 25 mins from St. Llorenc de Montgai to get there and were pleasantly surprised to find a quaint little climbing area just before the reservoir. About 300 routes with 15 sectors spreaded out in the area, grades running from 4+ to 9a. Exploradors sounded just like the sector meant for us, so we ended up there too. The sector lays about 20-25 min from the base and it was indeed a little adventure to get there. As we reach the sector, the blazing sun came out and we knew that it was going to be just a little too hot for our taste. Triniti 7a+ and No Tinc Padrina 7c were really good, but not advisable when you are the one on the grill.

We couldn’t decide on Collegats or Oliana. We had to leave our little bungalow in St. Llorenc de Montgai and look for a new place. Collegats sounded awesome, but the best sector there is only accessable over a wire cable. Oliana would be great, but… 8Cs were a tweak too strong for us. So while we were deciding, we drove through Terradets, recalling our visit some decade ago when the routes were still somewhat “new” and arrived suddenly in the magnificent gorge of Collegats. WOW! 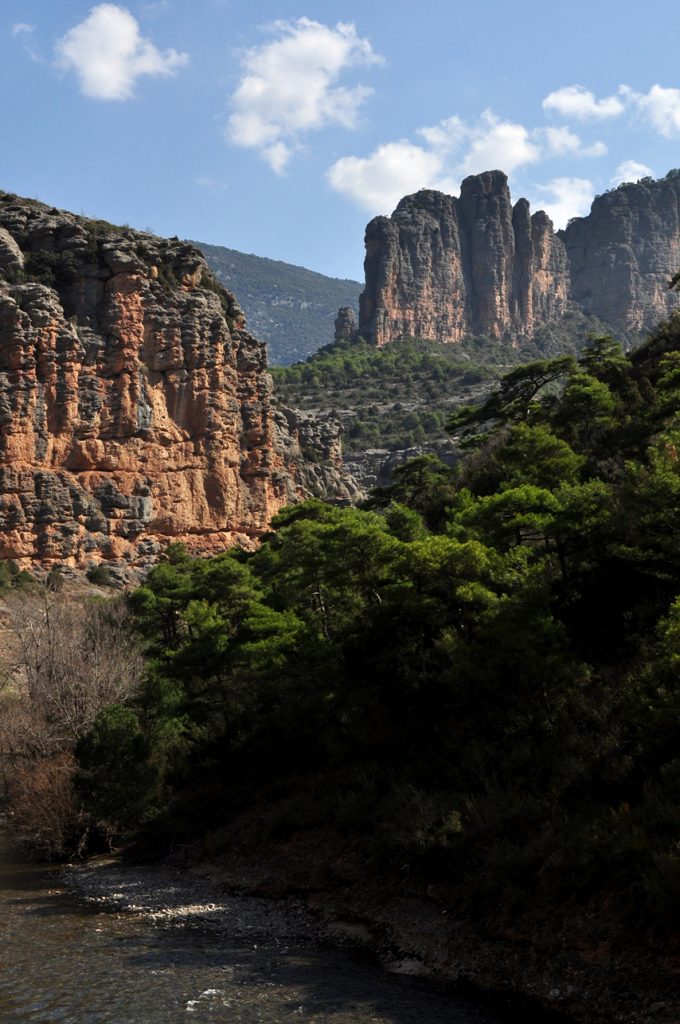 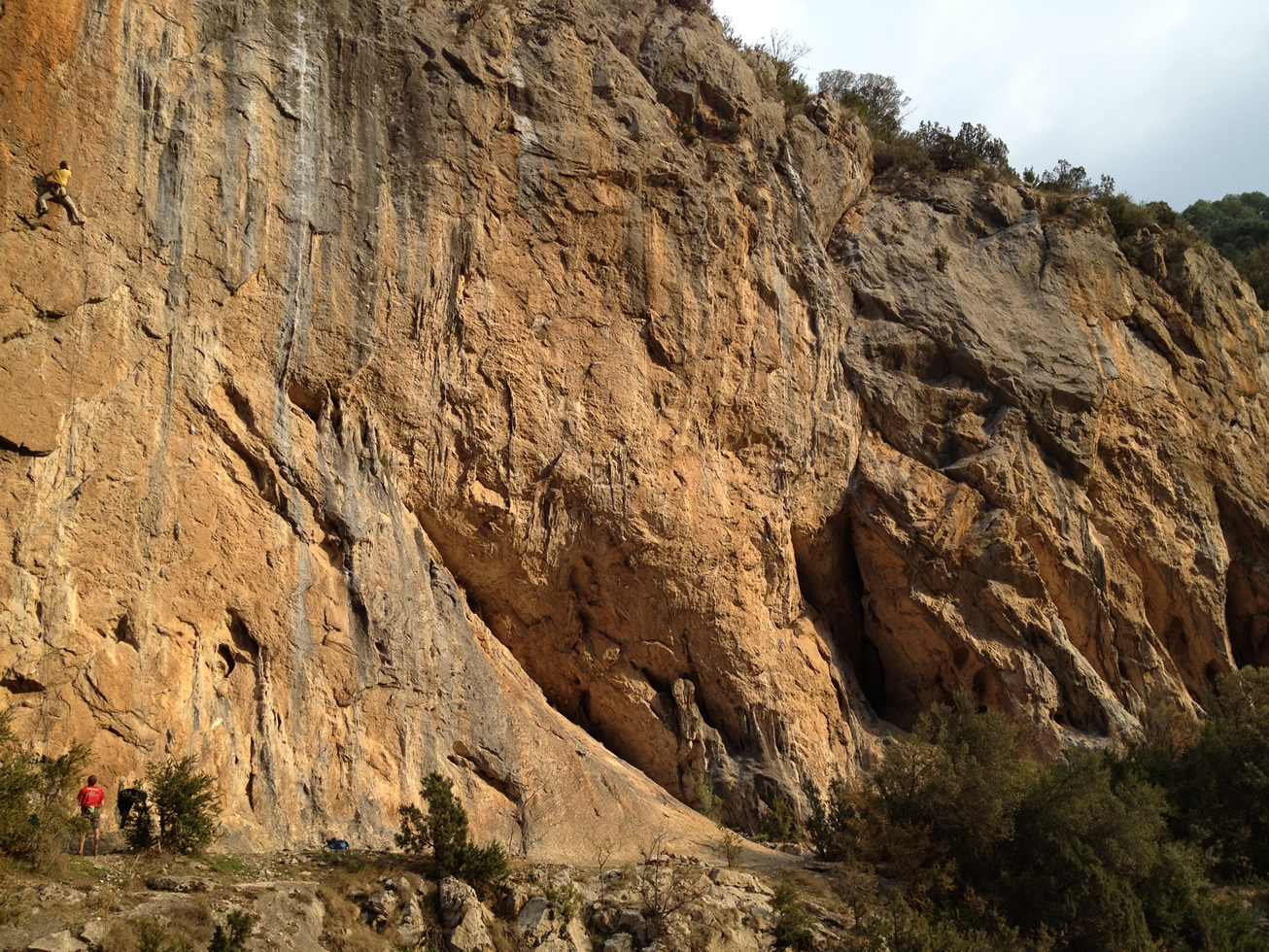 We knew, we had to stay here. So that was exactly what we did. The access to all sectors ran through the old road through the gorge which has a huge “NO entry” sign on both ends of the road. If you think it’s ok to do this, and that the officers in spain is linient, think again. I observed them on patrols numerous times a day. And for those vehicles who do park their cars there, they have a valid permit to do so. So if you don’t want to donate more money to the goventment, do stay at the designated parking lot and make a walk to the sectors. I fell in love with the routes at El primer Vol and practially onsighted them all at one go. Ok, almost all.. L’Amistat Val K, A Ulls Clucs and Cops Amagat are definately routes not to be missed. The Sector L’Argenteria lies directly opposite of the famous tourist attraction with it’s spectacular rock formation. It’s water worn curves seemed to have been a major inspiration to the works of Antoni Gaudi. And then I finally understood why the famous La Sagrada Familia cathedral in Barcelona looks like it does today. In La Terrasseta, the No Val a Badar 7a and Foc peis Quesxals 7c climbs better than it looks. In Collegats, don’t miss the sector La Pedrera. Be prepared to swing yourself over the gushing river via a wire cable and make sure all your belongings are well held in your rucksack. We were logistically equiped with the wrong gear and attire and had to sadly miss out the sector with it’s great looking tufas and holds. The sun comes in the the late afternoons. Collegats was a great place in spring to watch eagles and vultures fly back to their nests to feed their hungry babies. If you are a bird watcher, you will be rewarded.

The week climbing in Lleida was short. But fruitful and filled with awesome climbing vibes and memories. Hasta luego en Cataluña! 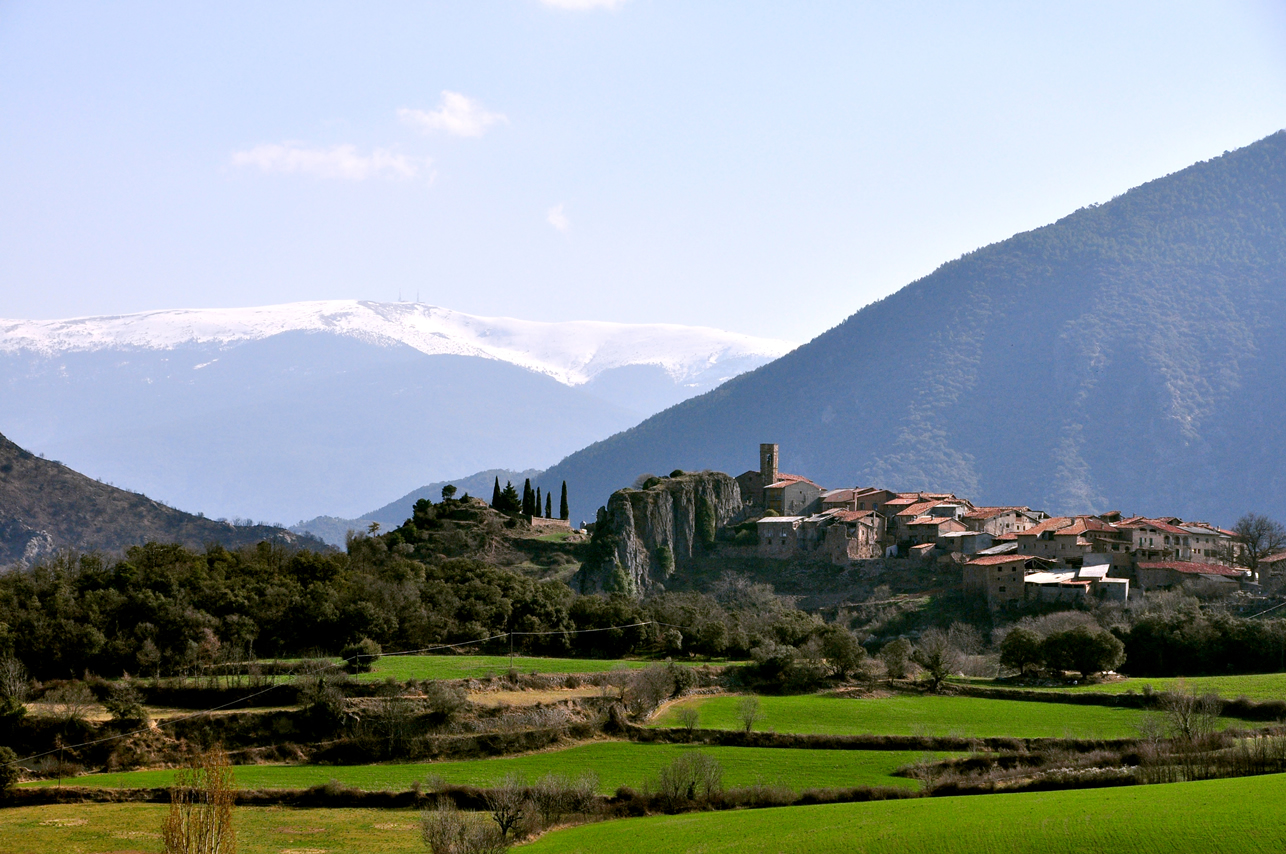 Information on the area

Lleida is about 160km away from Barcelona, using the E90 or N240 to get there. The first areas you reach from Lleida would be just right after Balaguer. (St. LLorenc de Montgai, Camarasa, Santa Ana, etc) Terradets, Collegats and Oliana and further up northeast. It would be wise to change your base camp if you want to head for the areas up further north.

You can climb there all year, since all sectors offers either shades or sunny possibilities within a few minutes walk from each other. The main season starts generally from March to October, but also possible in the sunny sectors in the winter times.

Written by Pete O’Donovan & Dani Andrada in 2010, it’s one of the best climbing guides I’ve seen to date.

LLEIDA CLIMBS you’ll find updates and corrections there too. 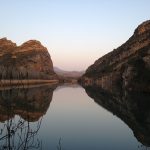 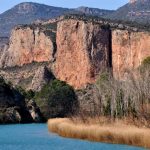 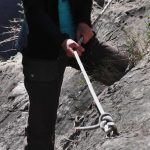 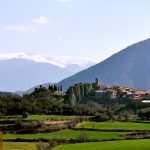 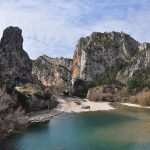 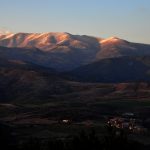 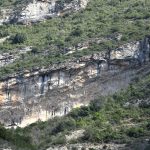 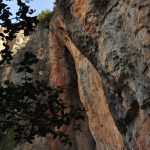 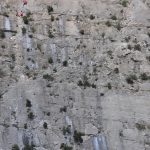 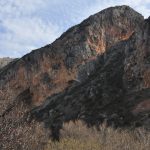 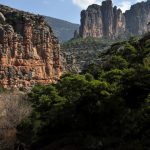 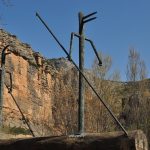 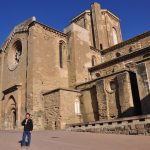 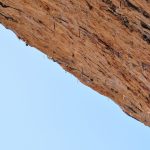 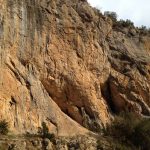 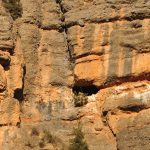 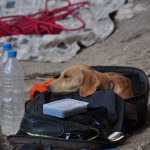 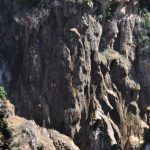 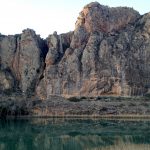 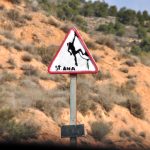 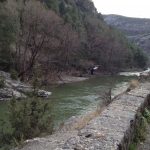 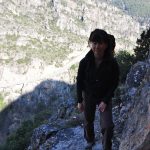 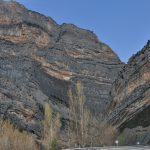 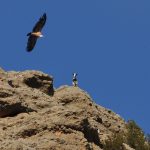 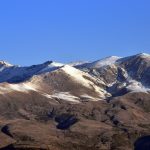