Franz Modritz – how we remember him 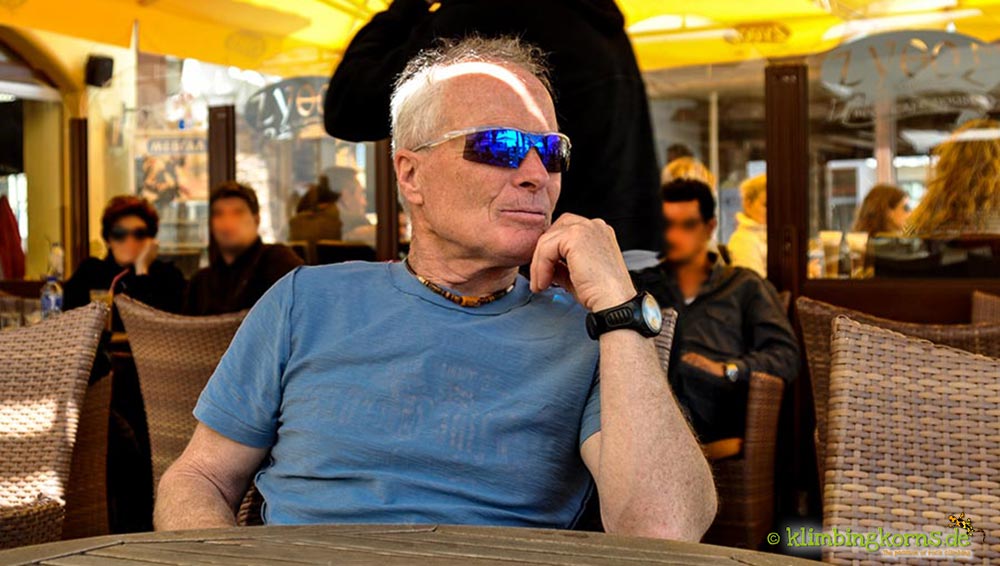 Looking through my archives, it became clear to me once again how many climbing adventures we’ve had together with Franz. It began in Chateauvert, France in the late 90-ties. Our adventures. Our climbs together. The sunny days, the laughter, the good times, and healthy chaos.  He taught us how to take things easy, nothing is so serious in sports climbing that was worth a long face. Life itself was serious enough! But that being said, it was a hard job for us to keep ourselves straight when we realised that climbing with him could sometimes be a challenge. 10 routes per day in the 7th french grade was sometimes routine. He loved trying for an onsight. And Franz was in his  mid 60-ties!

He started to be our living example of a sports man who lived his passion for climbing. He showed us that it was possible not to live your senior years sitting idly on the rocking chair. He climbed as often and as much as most of the stronger, younger climbers would do. On other days, there was time for MTB or a run or he would be listening to his favourite hard rock music with Neil Young or Metallica. He always told us that to listen to Hard Rock, it has to be loud. Really loud. And then he demonstrated by playing his air guitar.  The thing I appreciated most was, how he was able to pass his motivation on to the others. We have never seen him lose his temper during a long belay, never impatient, always motivating. It didn’t matter what grade it was, as long as everyone was having serious fun.

Epic routes like “Sunset Boulevard” 8a or  “Jenseits von Gut und Böse” 8a+  in Kanzianiberg had been ticked off before he redpointed his project “Dopingsünder” 8a in Warmbad at the age of 65!  Not many has seen such success at this age. It takes great passion and motivation, the right people to help you get that far. And Franz had friends who stood behind him and pushed and shared the joy when he succeeded.

We often met up in France. We loved exploring new cliffs. I remembered how we lost our paths and had to help him out of the entanglement in the forest. It lead us to one of the most awesome places I have seen in all my climbing years. A whole wall of tufas! 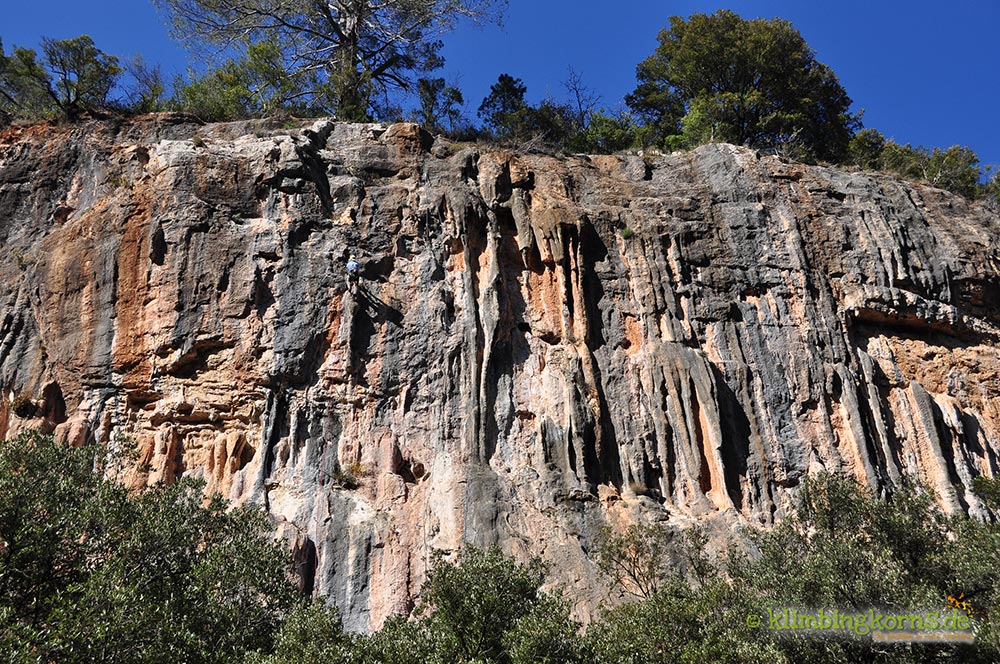 And then there was the night when we had the “Palatschinken” session together in Nice. Those are fond little moments that made us laugh, each time when we think about it. 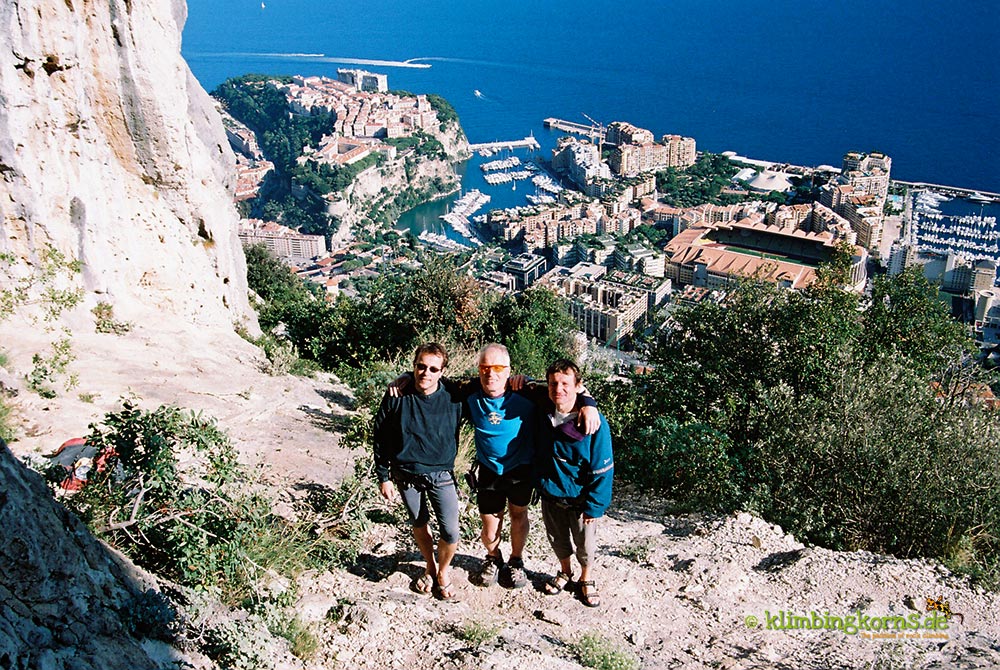 We’ve seen him through harder times too. On the first day of our trip to Mallorca he flew into a tree stump that pierced his thighs. Everything that I learnt in my first aid course vanished from my head when I had to use it on him.  I still remember how the hospitals rejected admittance, because they accepted only private patients. And how we went from one hospital to the next seeking desperately for help.

We saw Kalymnos together. How fun it was when we did a scooter race to the next sector, or when the guys spotted a black viper in the middle of a vertical wall moving some 3 meters away from me (that was fun on my expense) 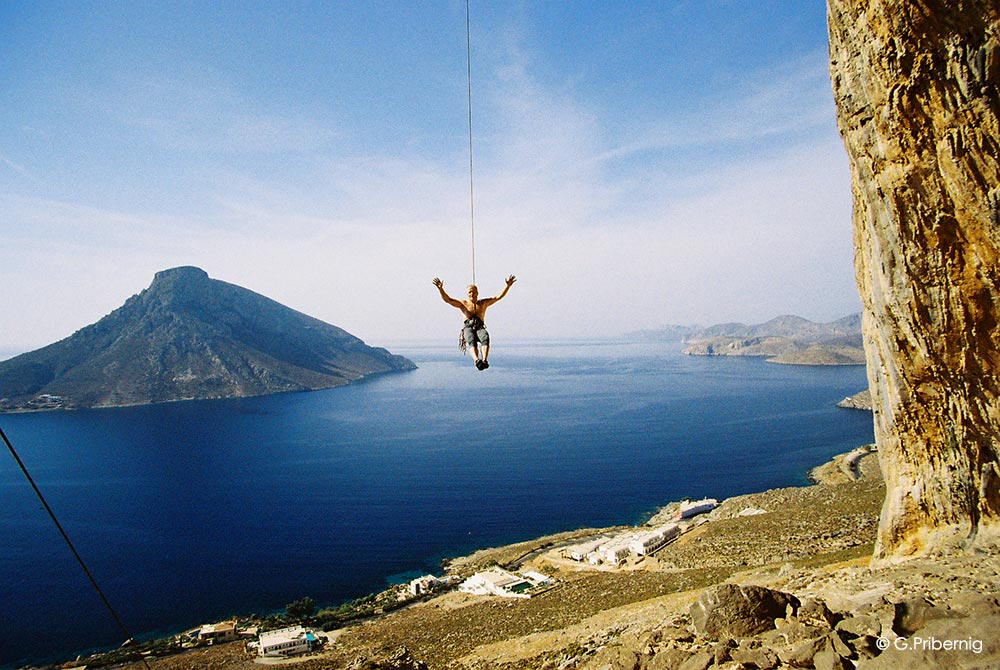 Our last trip together in Geyikbayiri in Turkey was a great experience, but he never came back as the same person he was. The picture below was taken on the last day of climbing, a day before our flight back home. We were so amazed how many routes he still lead and climbed in the 7th French grade at the age of 69! 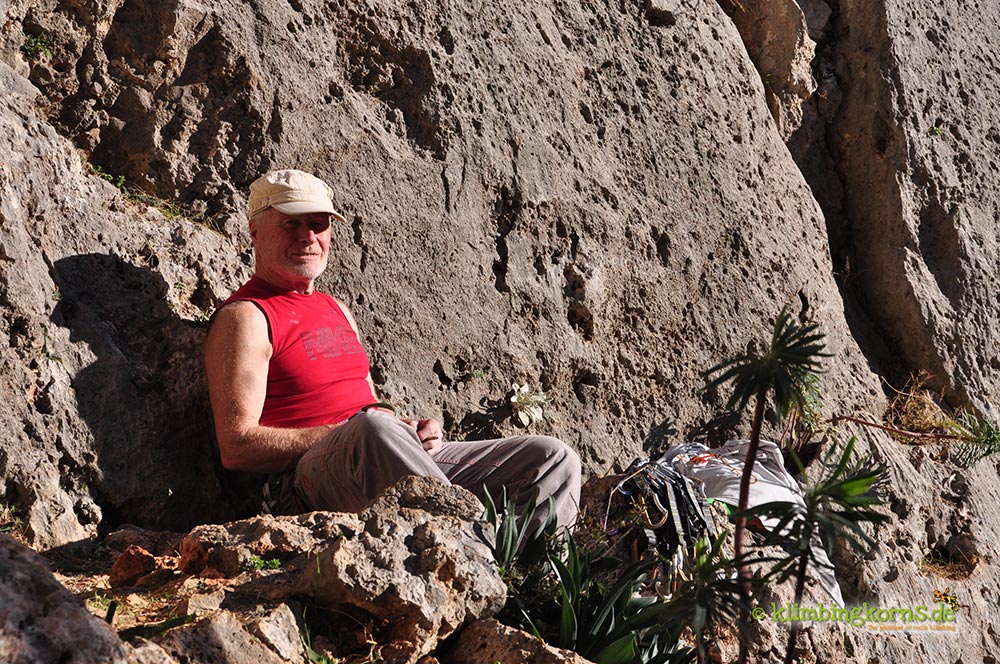 Franz was liberal in his thinking, he was sarcastic in his ways and yet he was sensitive when it had to be. He was young at heart and he was loved and respected by his friends. The strongest impression he gave me was, he never gave up. He never gave up in believing in himself. He took and accepted his fate step by step. He spent much time with Hella (the horse), which gave him strength to carry on. Together with the support of his family, close friends and Hella, he recovered mentally and physically. He did so well, he told us that he would try to start climbing again by the end of the year. And we believed him.

The news of Franz passing still echoes in my ears. When the phone rang, I had a feeling that good news wasn’t going to come. Tears still flow. It was hard to stop.

We have lost a great, dear friend. But he lives in our hearts.

Franz Modritz, one of the strongest climber in his age from Carinthia, in Austria, passed away at 71 years on the 10th November 2014. 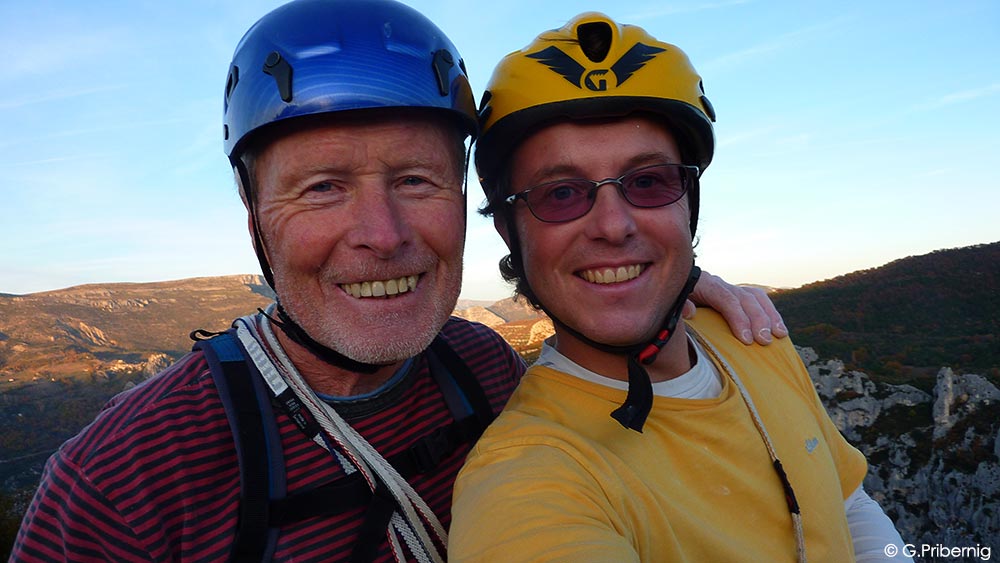 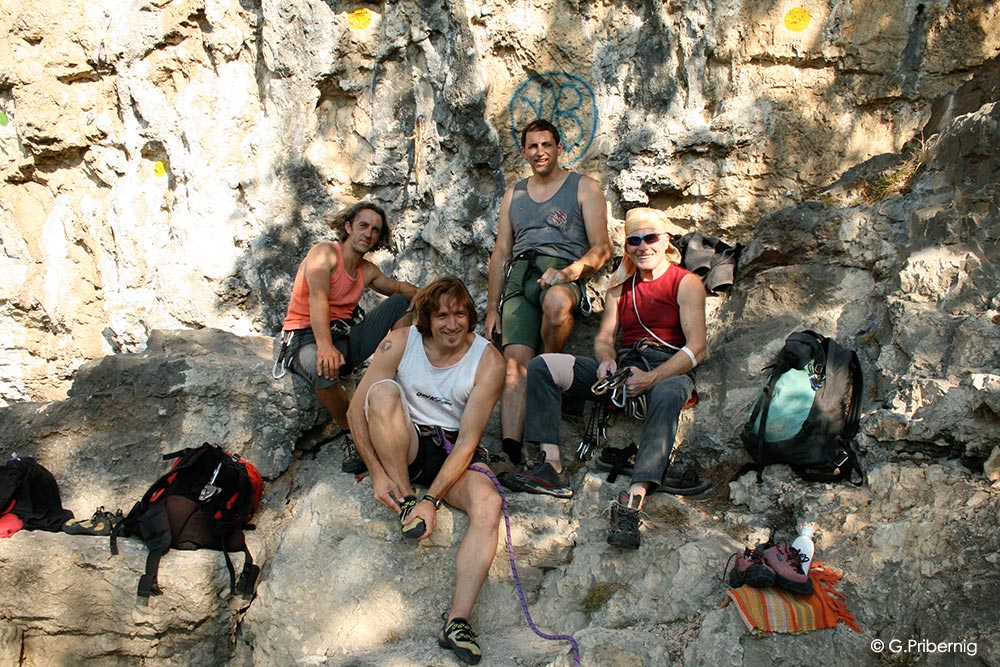 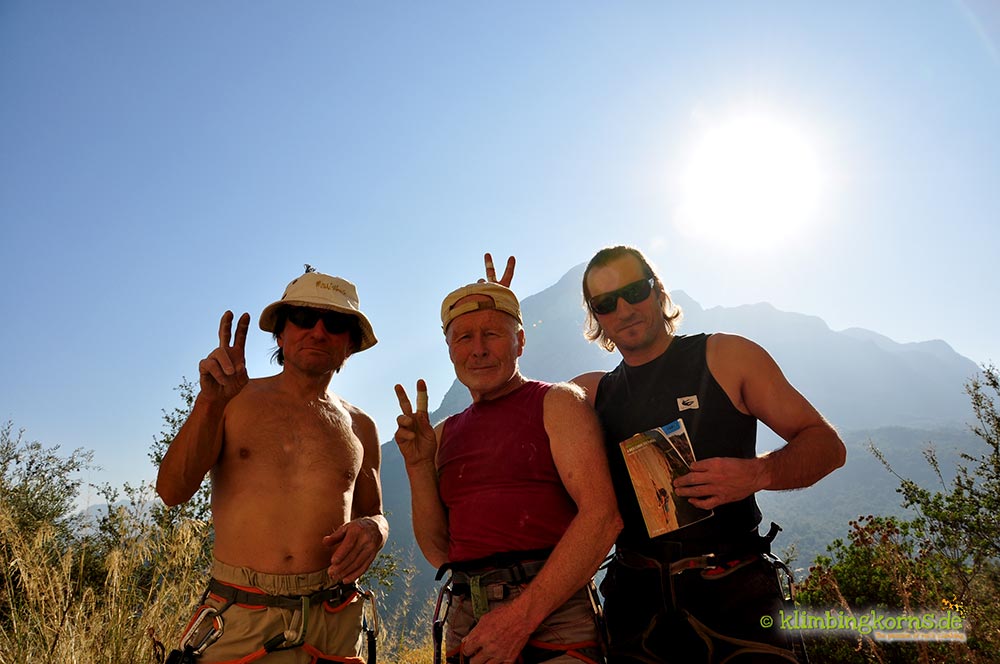 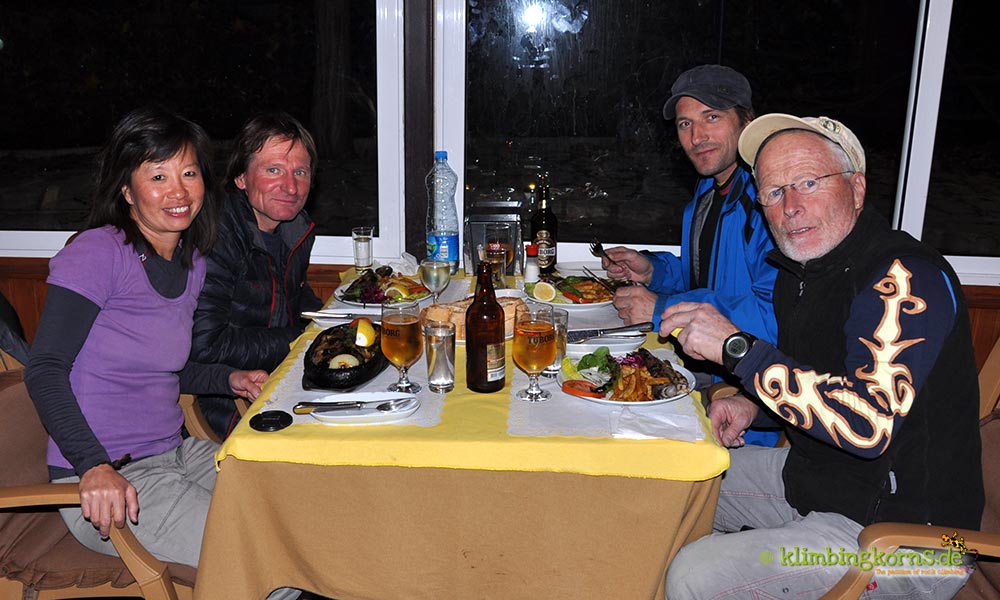 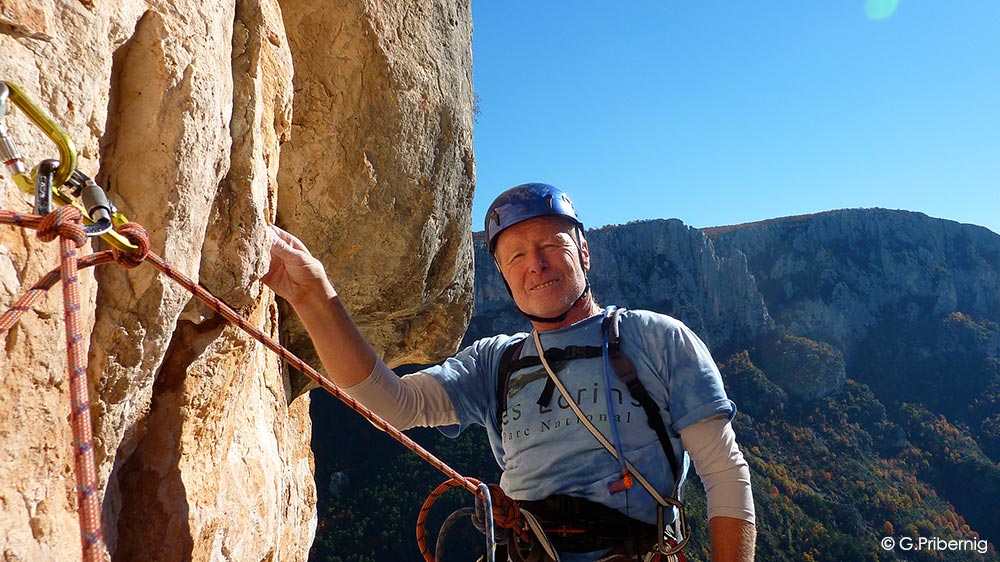 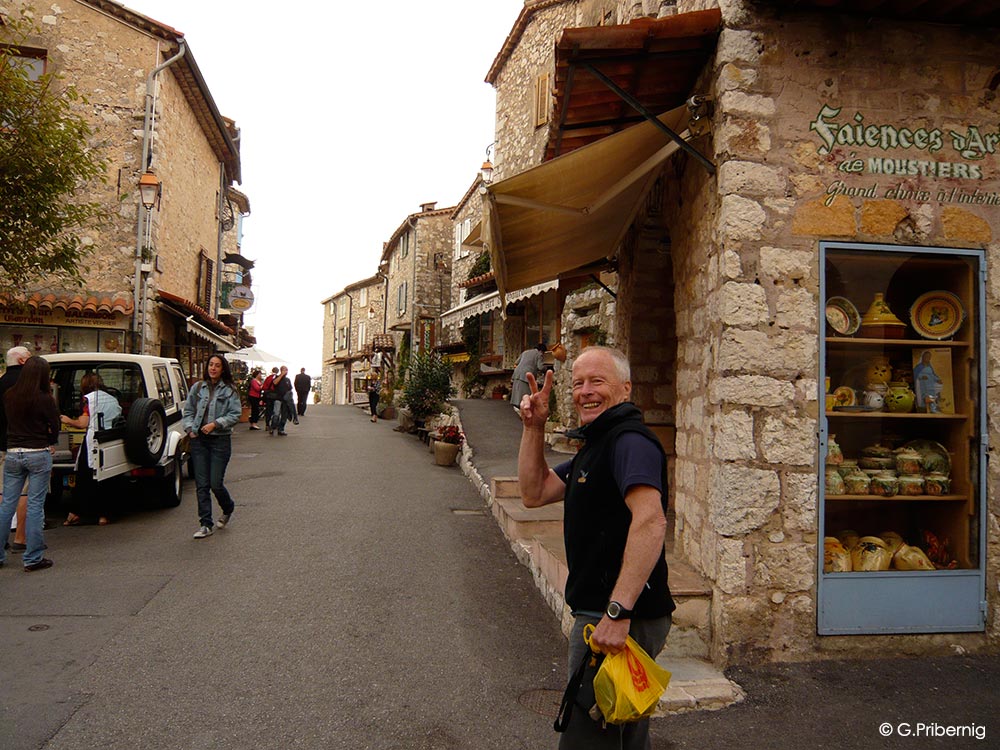 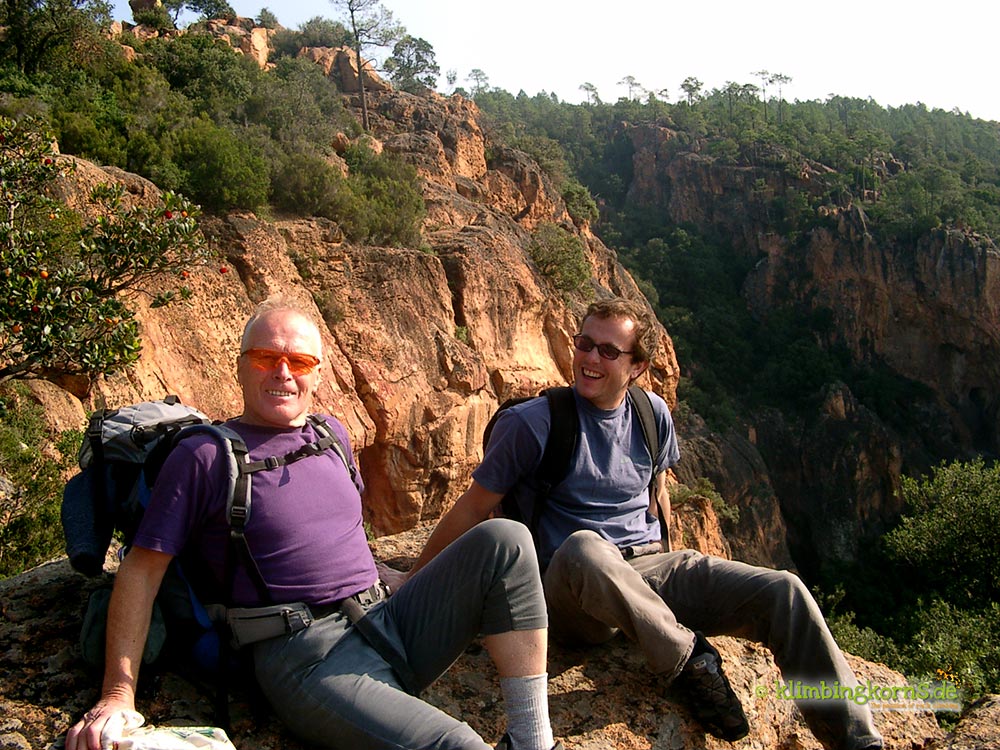 One of the access at Gorge du Blavet, France 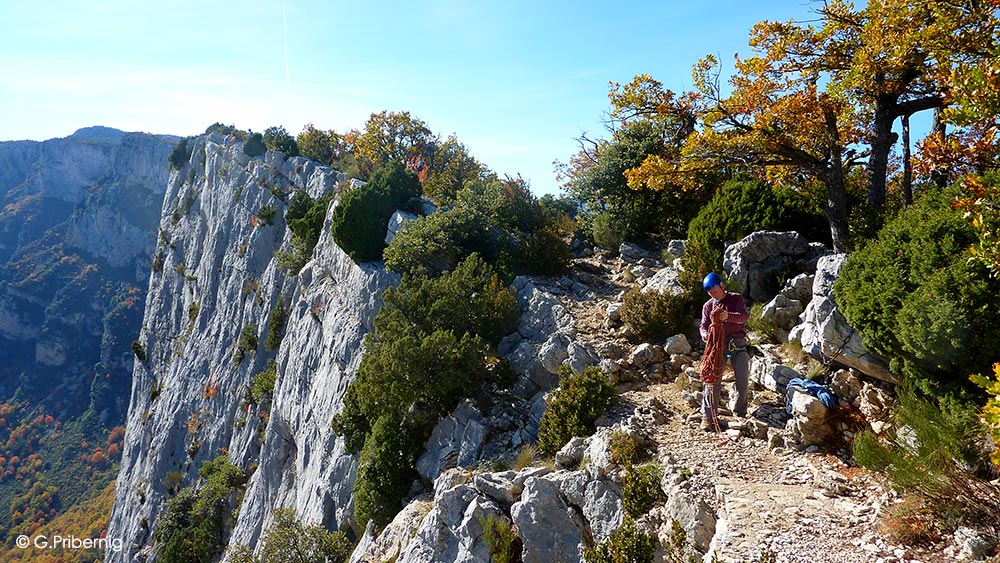 la Fête des Nerfs in Verdon, France 7a+ (9 pitch) climbed at the age of 67 years 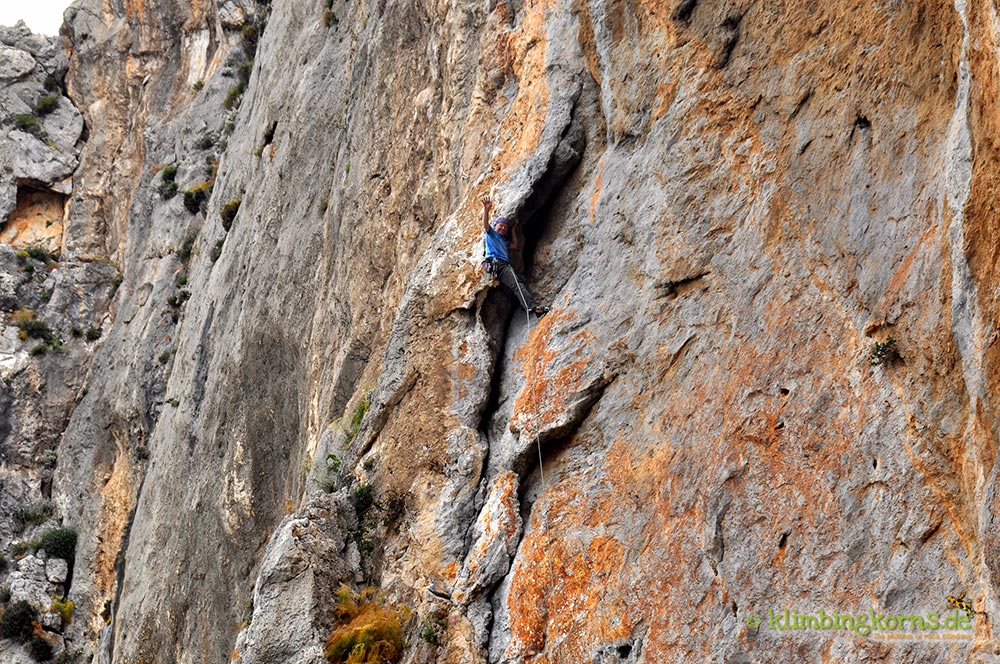 5 thoughts on “Franz Modritz – how we remember him”