Funny things that happened on road trips and while sleeping out 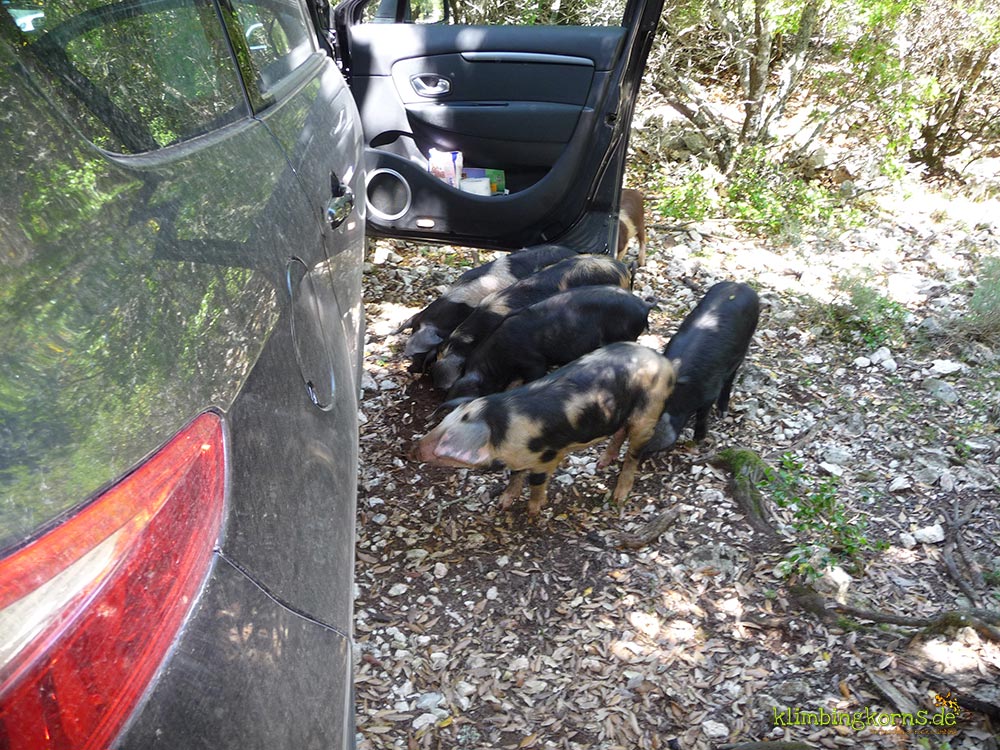 Looking back at all our road trips, we’ve had quite a few interesting experiences in our wild twilight nights. There were good times, bad times, sleepless nights and lots of fun times. Many situations were worth laughing about. Some, not so funny. Here’s some worth mentioning

Double check, before you close your eyes! Things happen while you sleep…

1. The marten (Marder) finds your favourite stinky Teva sandals under the car as a potential play thing and decides to take it along. 500 m later, he dumped it. (Thank goodness for smelly feet!)

2.  You wake up in the morning and find an ant colony  built a road right through your car starting from the tyres, going in between your ThermaRest through your pillows, to the other end of the car! OMG! Don’t move, just don’t confuse them! …

3.  You wake up in the morning to find yourself in the middle of the Transalp Event track. Good Morning trail runners and journalists! Want my picture?

4. The whole field of flies and mosquitoes swarms into the car because of light, but so much that the internal rooftop was black. Now try getting them out again!

5. You found the most fantastic spot, so romantic and breathtaking, with a view over a lake. You drive your car down the dirt road. It was awesome. Then realise shortly after, you can’t get your car back on the road again and spend half the night pushing the car up. That ruined the romance.

6. You stop off a parking lot in Italy at  2 am and find that a man engages your husband in a conversation while you were away – he’s probably asking for drugs or money…or is it a robbery? You rush back and almost attacked the guy from the back…. and discovers that a prostitute made an unforgettable offer to your husband.

7. The Ranger spots us from the other mountain side and rushes over. He blinds you with his 1000 watt spotlights and asks you WTH are you doing out there. Answer: we were observing the eclipse of the moon. Really, we were!

8. You wake up to find a whole family of wild boars licking up the rest of your dinner plates and 20 sparkling eyes looking at you for more.

9. You picked the right location for the saturday-night-out-meeting-point at the woods with a whole bunch of kids making wheelies in front of your car.

10. Flat tyres the third day after you picked up your new car. The second time 2 weeks later. Damn those nails.

11.  The care taker of the mountain Toll-station wakes you up at 5 am and asks you if you’ve paid your fee. A muffled “leave me alone” was the return answer from my hubby…and I had to settle the bill in my jamas :-O

12. Instead of counting sheep you count cars that passes you…

13. Again the marten (marder) discovers that your car not only beams warmth, but is great for acrobatic exercises. He hops under and on the car at least 5x and it didn’t matter if you were there or not.

Did you experience anything interesting while you slept out wild? What were your best encounters outdoors?