10 hints where rock fall can happen 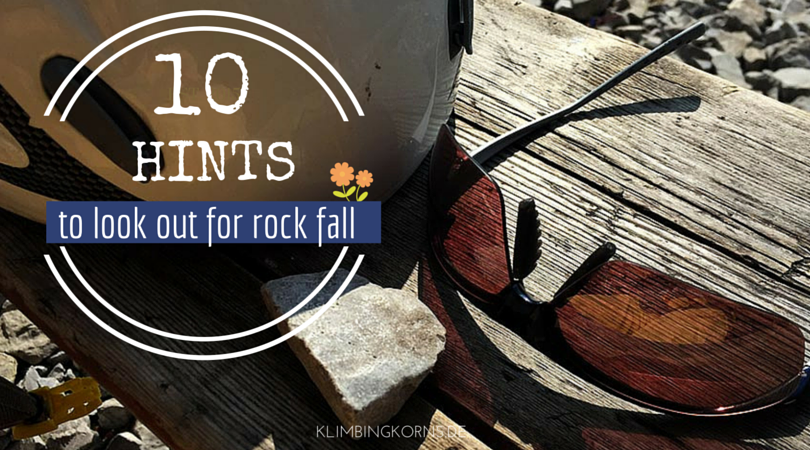 Winter and frost is the worst enemy for rocks. Snow, rain  are all elements that seep through the rock and expands when it freezes, causing a rock to crack. Therefore, extra precaution (not only) in spring is necessary when you venture out. Even at sport climbing crags rock fall can happen.

I was climbing when the climber in the neighbouring second pitch shouted out “rock”! I look up at the rock that was a size of an apple falling straight into to the crowds below. I screamed “rock” too! But nobody looked up, everybody was busy looking everywhere else. I was horrified. There were at least 20 people below, it was a busy weekend at Barmstein. The rock kept falling when it suddenly hit a protruding cliff and broke into smaller pieces. One of the bigger ones hit my partner on the head who was belaying me. I saw him lift up his hands to his head, holding back the blood now gushing out. At this moment I grabbed the nearest quickdraw I could get and made myself a midroute anchor. Friends of ours came by to help him and took over the belay as they lowered me down. The guy who dislodged the hold had rappeled down by then and took responsibility. He brought him to the hospital. A few hours later, my partner came back with 10 stitches on the head and a light concussion that lasted weeks. So lucky, it wasn’t more.

For the first time we discovered the importance of wearing a helmet. A little late.

I didn’t even own one at that time. “It was so uncool.” “And who needs a helmet anyway.” You bet, we learned it the hard way.

So what critical situations are there to tell you to be extra attentive, especially when it comes to rock falls?

10 hints where rock fall can happen: 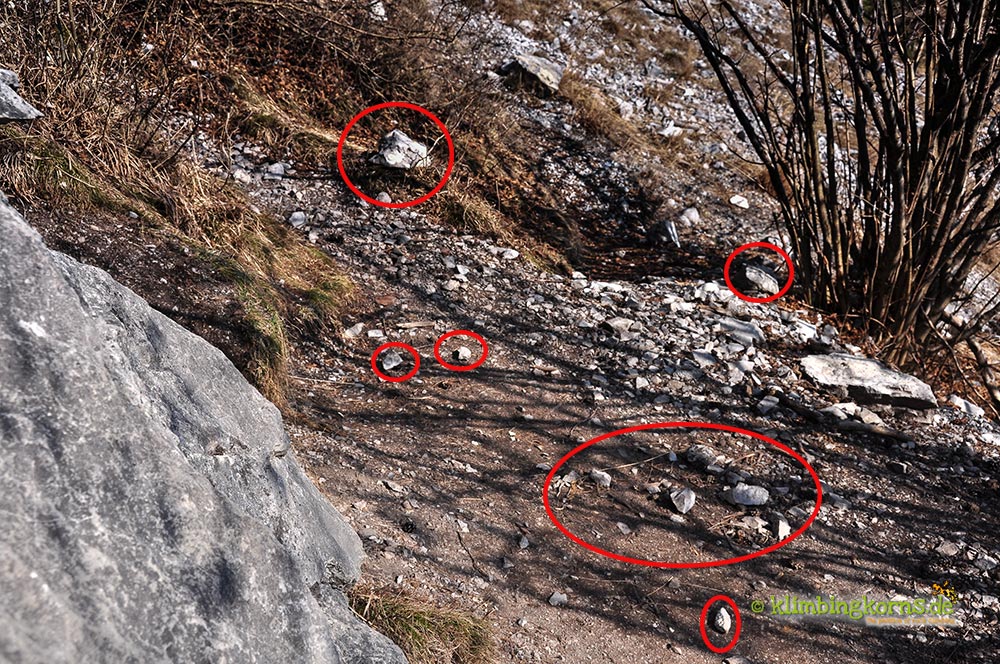 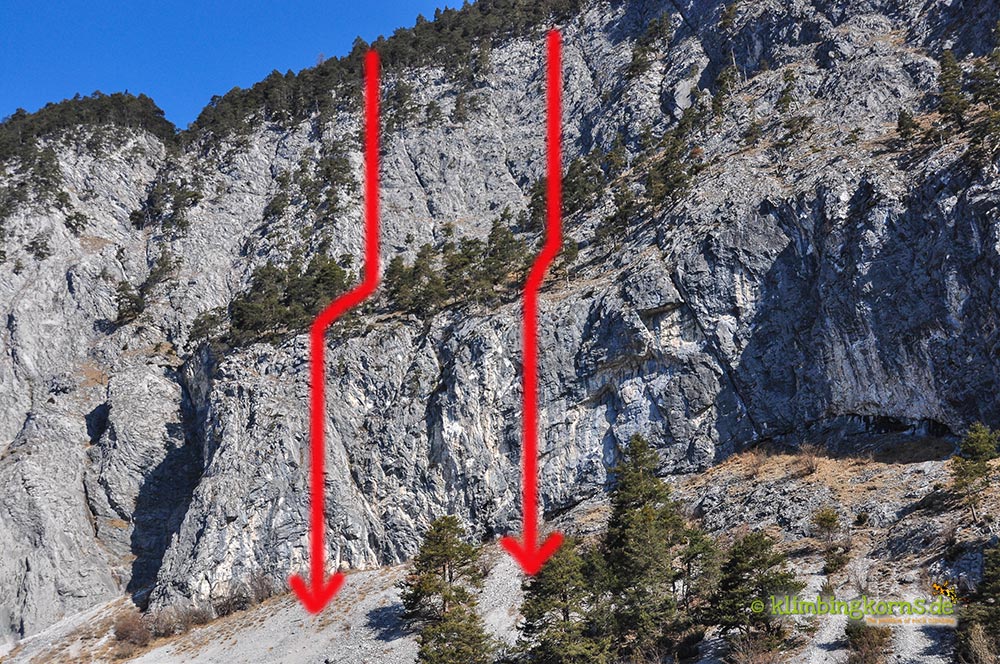 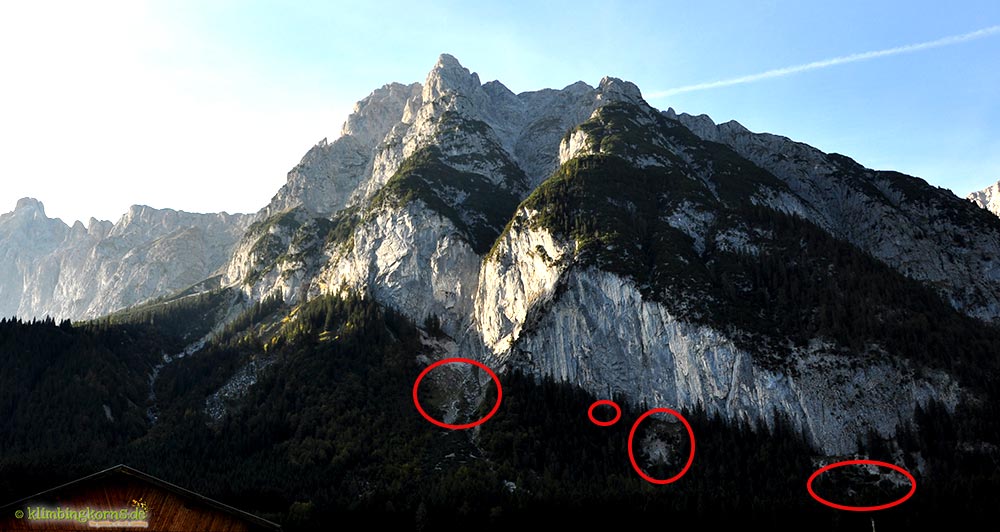 Some of the sports climbing sectors are just above the circles. Rock falls occur here so frequently that trees stop growing. Also, observe the slopes above the wall.

Rock falls don’t always happen. But it can and it happens when you least expect it, so it’s good to have your helmet along on suspicious terrains. We have seen many different types and qualities of rock, and at the same time experienced some situations which we thought it was important to mention. Comment below, if there are more points missing.
Climb safe and enjoy the start of the season!

One thought on “10 hints where rock fall can happen”