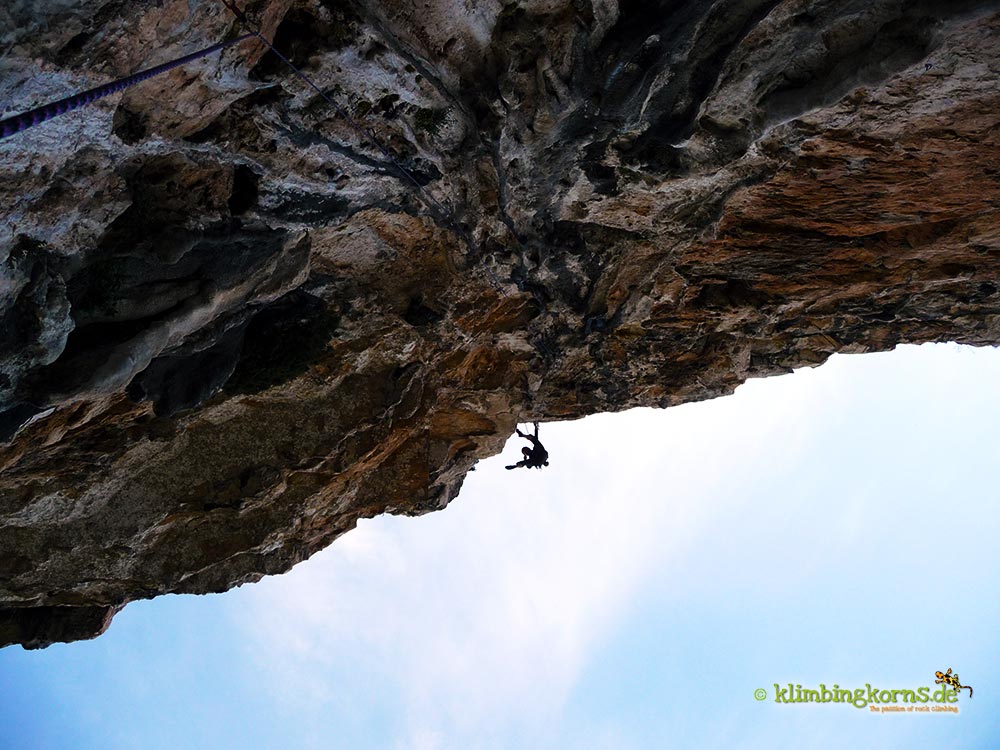 “Once on the way to the Barber” – a short story

A short story from Körni:

Mr Stimpson, a strong, young and a vain 1.6m tall man were in the skirts of Nice, France. He would battle anyone who came across his way. Anyone.

It was a wonderfull Tuesday morning, after Mr. Stimpson had victoriously wrestled down the >>Star Gladiator<< in the arena of Castillon. He amused himself with the idea to reward himself in the fore runnings of the Formula One in Monte Carlo and at the barber! 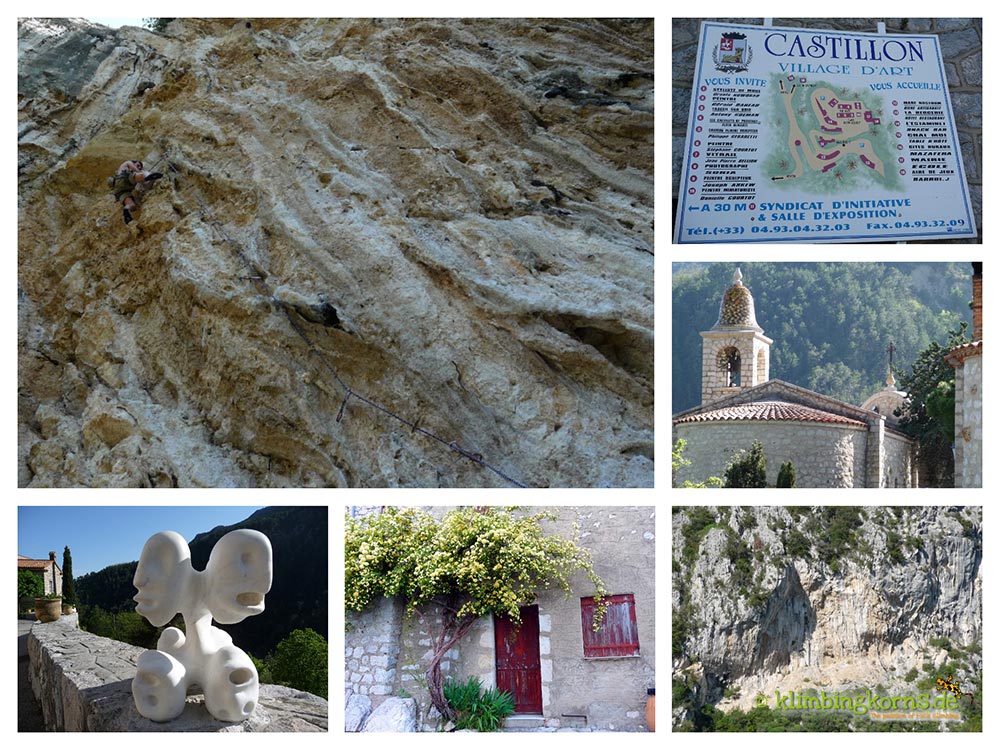 Castillon – not only known for it’s steep cliffs.

Stimpson thought to himself
>> Getting a less messy appearance with a haircut or a shave at the local Barber would be cool. Who knows? You may possibly meet up with some Grimaldis or even Princess Caroline or Princess Stephanie of Monaco!<<

Resoluted to do something for his well being, he chose to go to La Turbie, where he would seek a Barber. 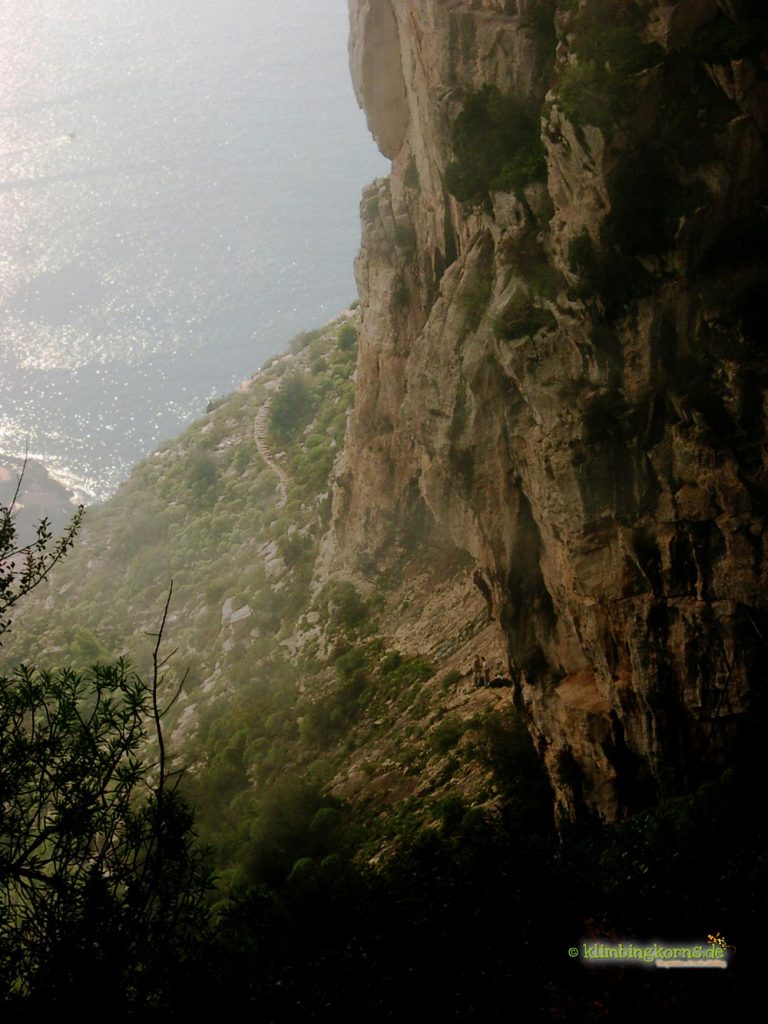 Walking clumsily, he descended the path with shaky knees down to the districts of Sector Jacob. Indeed it was not the gladiators fight at fault, but the consumption of too much wine the night before.

>>A bit of fresh air and movement will do you good<<
he thought.
>>Then a visit to the barber, and the day will be saved<<
Minutes later, he stepped on a big protruding stone. It rolled away under the foot of the owner. Mr. Stimpson toppled back, rotating as the stone flew off in the air. He felt a sharp pain as it sank in his right ass. His right wrist absorbed the fall and cuts from the thorny bushes sank in his right ankle, he landed with a loud thud.

With horror and shock, the now dazed Mr. Stimpson rose. It took a whole while to determine that he did not surpass any serious injury.

The further course of the path proceeded without any other major incident, besides a few slips here and there. Small gravels, perfectly camouflaged with leaves seem to prevent him from going to the districts of Sector Jacob.

Thank goodness the path ended a few meters later. Mr Stimpson reached the first hairdresser >>Coiffeur pour dames 7a+<<, which was responsible for the violent hair do he had gotten last year. He didn’t know then that this was a hairdresser only for women! 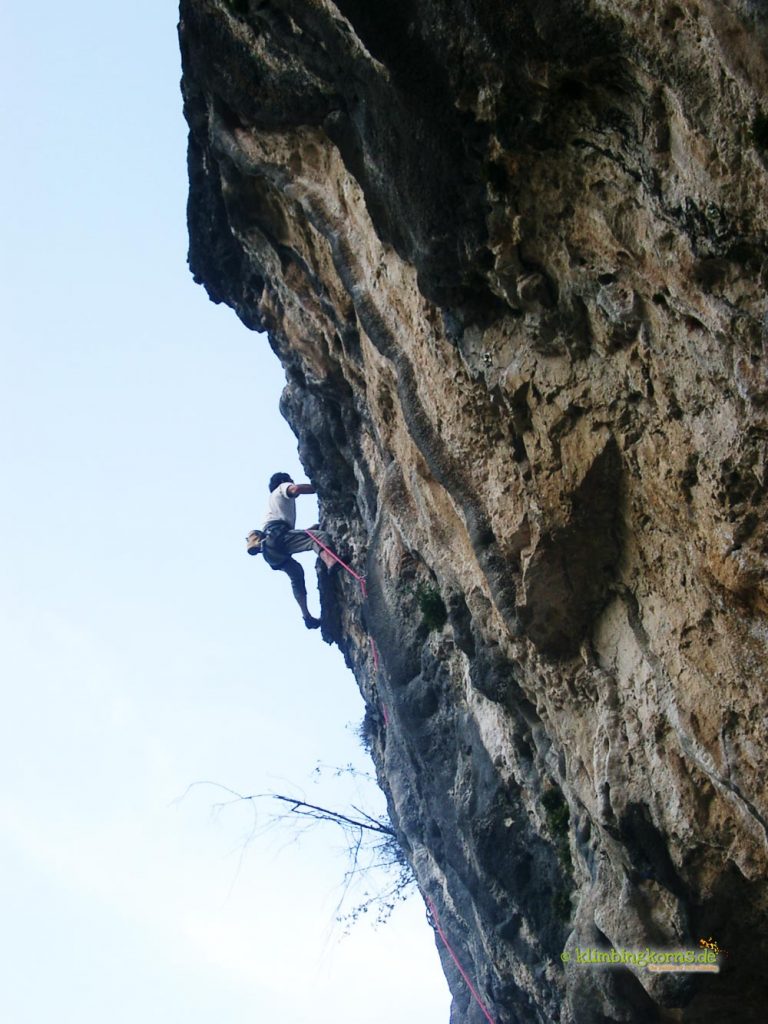 >>Well<<
after studying the town map, he said
>>there is another barber nearby. Let’s find out what he can do<<

At first Stimpson was not conclusive.Looking on him was a very tall, dark, impressive looking building. A shiver went down his spine. Nevertheless, he plucked up all his courage, took heart and stepped in.

The rest of the story is quickly told:

Mr. Stimpson went first through the lobby, surprised to find himself feeling at home. Humming to himself softly, he headed up the first floor, lightly gasping for air. Then shortly after, he started sweating profusely, those steps were so steep! He asked himself if it was a right decision to come here?

Reaching the top, his turn came at the barber. The barber that day was a clumsy chap. He foamed him up and shaved off Mr Stimpsons sideburns by mistake. This made Mr Stimpson confused and angry. He renounced a further haircut and left without paying.

Two days later, dissatisfied with himself, he returned. This time he was attended by another barber which did what he wanted. Finally! He was even privilaged to be able to watch the Formula One races live.

He couldn’t explain the thick forearms when he came out, but knew that he had the barber in the pocket. What a happy day! 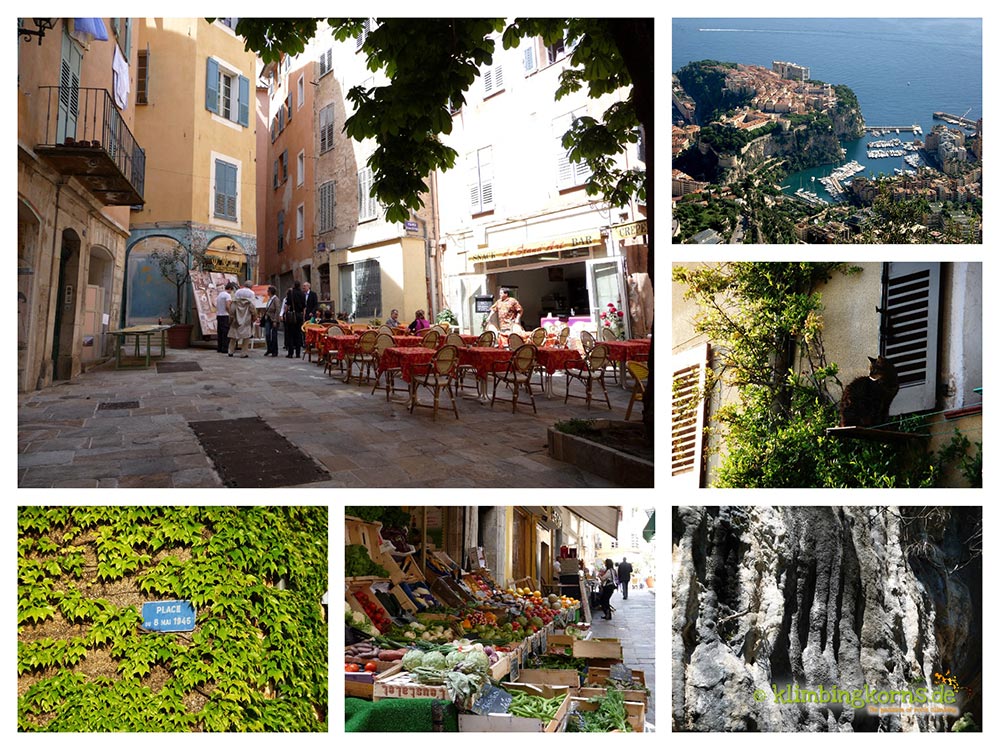 Impressions of the region around La Turbie

Note from the translator:

3 routes accompanies this story. It was told after a wine filled evening.