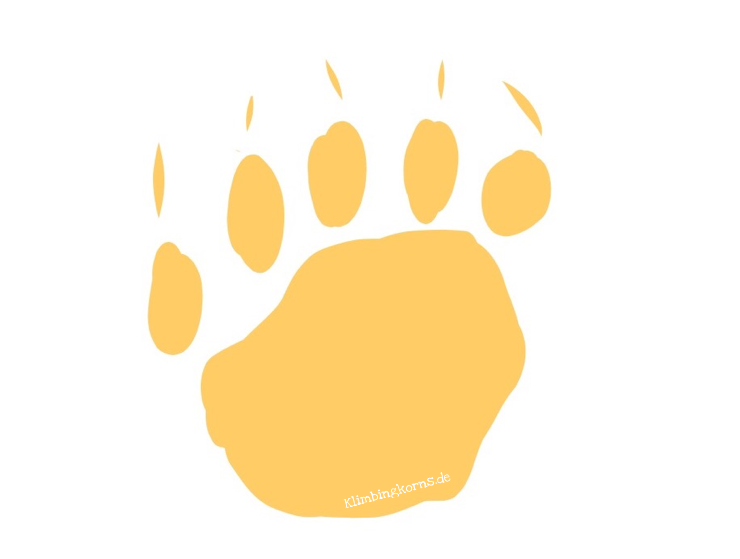 Looking for the crag described in a guide-book can sometimes be pretty adventurous. Especially, when the access is not translated, or poorly described.

You end up everywhere else.

There’s definitely more salt in the soup, when you have at the back of your mind that bears and wolves share the same environment as you while you are everywhere else than you should be.

In europe, seeing a bear run across your trials is something unusual. It isn’t something that you would encounter each day, or at all. They stay invisible, but they are there, especially in Asturias/ Cantabria. They are probably waiting for you behind the bush, the boulder or when you step out of your car. I never saw one, and would have probably loved the idea of meeting one. Or maybe not.

Sometimes, while you are busy getting lost, you encounter shrubs of thorny bushes, jungle terrain, a cliff impossible to surpass, or cows with almost shiny, samurai  sword looking horns ( but they do have beautiful eyes!). Or you find a flock of sheep ahead, grazing peacefully under the sun. They are so fluffy, so cute. And they always run away from the tourist holding a camera.

I fumbled for my camera.

At the corner of my eyes, a sheep flashed its teeth. This animal was ready to jump on its prey. I looked again. It was no sheep, It’s a Kangal herding dog!! He looked like a sheep, with the same fur coat color. He must be around 60 kg. He wore also an intimidating collar  full of protruding nails. No wolf or bear would be able to bite through his neck.  He wasn’t as fluffy or cute as the others. And oh so much teeth! 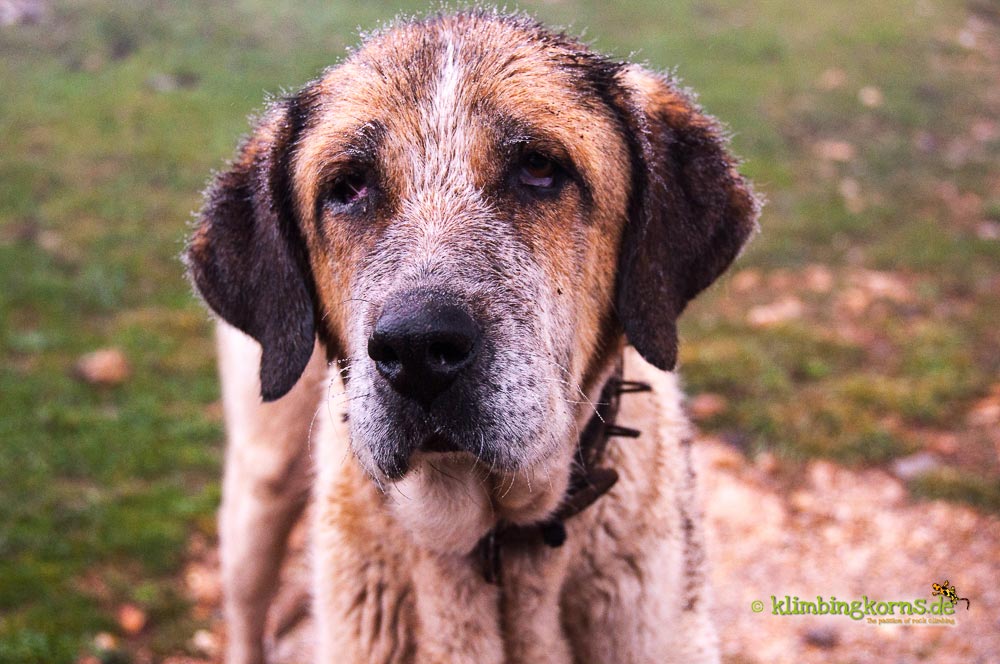 When she peered into my window, my heart jumped. She was actually far more interested in my sandwich.

It started to bark furiously at us.

You can’t imagine how fast I ran, away from the white flocks of cuteness.

No, we were not going to be good friends. I have big respect for them.  The dog was doing his 9-5 job. They wander independently together with their sheep. No Shepard nearby can be seen.

I still remembered clearly our last encounter in the outskirts of Berga, in Catalunya when a similar dog was snapping inches away from my calves .We were passing by a farm-house after climbing. They have a huge responsibility to keep wolves or bears away, and are not amused when colourful mountain tourist idiots try to catch and pet a sheep. 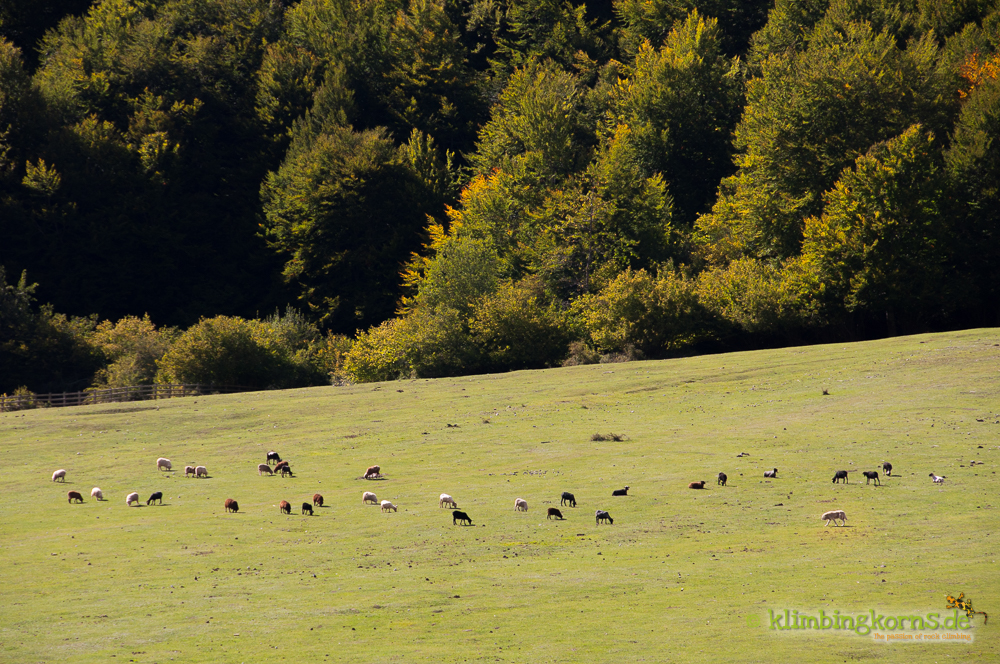 Spot the odd one out

Bears, are also known as Oso pardo or just Osu in Asturias. It would scare the shit out of me if one of these teddies would appear out of the bush. I googled  the net to find how I should be responding if I ever met a brown bear, and came across this amusing encounter from Kathrin. (In german)

There are about 250 brown bears running around freely in the Natural Parks in Asturias and Cantábrica. There are chances that you won’t see any. But roaming so secludedly away from civilisation, I sometimes think my chances could be good.

Neverthless, I saw none. I told you, they were invisible.

Long gone is climbing in Sicily a hidden secret for sun rock fans willing to escape the winter. The island is full of mountains to climb, hike, plenty of [...] ... Read More »

The Kaipara MERINO HOODY SWEAT JACKET 270 is a 100% merino woolen midlayer that’s “Born in New Zealand. Made in Germany” – so their slogan. Page Contents1 Who is […]

Why build a Hangboard frame when there are ready to use door mounting systems available? A lot depends on which material your door frame is made of. And your […]

10 Christmas gift ideas for the climber

For some, mention Christmas and you see them running off leaving you wondering what you said wrong?  Others would bake, decorate, light up their houses 3 months before. I usually […]

The Creek 50 Pack is a Toploader for climbers intending to spend a gear-intensive day out at the crags. And it has all the benefits of a haul bag […]

The Power Air Houdi is the result of an innovative project between Polartec and Houdini Sportswear, who was one of the first few outdoor companies that integrated the Polartec® […]

Whaam! A blog stick hit me again, no it was two! Thanks to Rene from Outdoor Spirit and Jörg from MiniMuli I have now two sticks lying around waiting […]

Not too long ago I received a “Stöckchen” from Stefanie at Gipfelglück, challenging me to show which 3 items I always have in my backpack. A “Stöckchen” is a […]

Repair your Down Jacket or Sleeping Bag yourself?

Zzzzzrrrraaaack! Oh no! You turn around only to find your brand new down jacket with an ugly L shape rip and a cloud of feathers in the air. You […]

When I started climbing 2 decades back, bouldering was just a form of training at home or at the gym when you aren’t climbing. You make little boulder walls […]

If you’re looking for an alternative to climbing in Finale, cliffs in and around Castelbianco offers a handful that’s worth a few weeks of holidays to spend your time on. […]

Can’t find what you are looking for?

By continuing to use the site, you agree to the use of cookies. more information