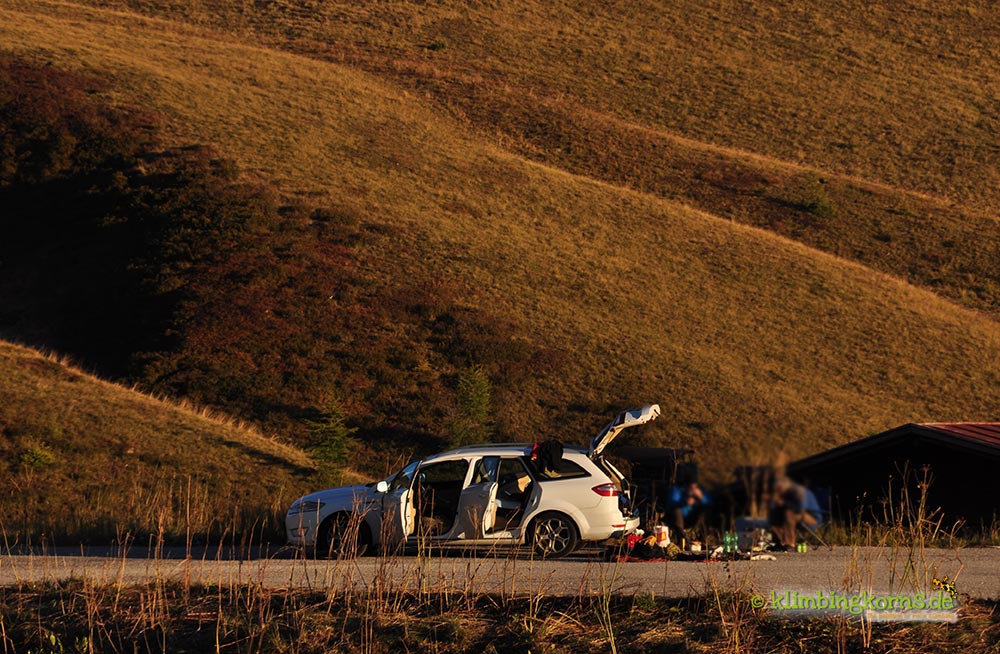 It happened again the other night. We were sound asleep when a car came by. 500 watts shone around, and within seconds, a man walked up and checked the contents of our car. He shone around until he found my face. My heart was pounding so hard. My hands were already grasping for the pepper-spray that laid always within reach, until I realised, he was in a uniform. It was the authorities.

I felt lucky not to be awoken and sent elsewhere, felt lucky that he wanted us to know it was tolerated. I also felt lucky, it wasn’t going to be a robbery. We were not alone that night, we shared our spot with 20 other cars, vans, motorhomes and tents, we felt quite “safe”. Yet, we knew it would’ve been better off if we hadn’t broken some of the rules below.

Always put yourself in the shoes of the local /farmer /hunter that sees you, and ask yourself if you like what you are seeing. It doesn’t matter if you’re sleeping in your car /van, or your tent. A bivouac is the better word to practise on. Small, discrete, unnoticeable. In fact, try to make yourself invisible, blend in. And use common sense.

Help keep those wild spots of yours to last forever. Be considerate, be sustainable.

Leave no trace but footprints.